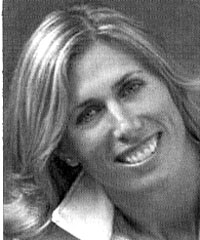 
Four-time Olympian Silken Laumann retired from rowing in 1999 with three Olympic medals. Her views of competition and athletics were published to coincide with the 2014 Sochi Olympics, Unsinkable (HarperCollins 2014).

The importance of unstructured and unscheduled play for children outside-and taking the steps to ensure communities can support such freedom-is the subject for Laumann's first book, Child's Play (Knopf, 2006 $29.95) Inducted into Canada's Sports Hall of Fame in 1998, she has established a non-profit organization, Silken's Active Kids, to encourage fitness and play for youngsters. 0-679-31406-7


The Vancouver Writers Fest and HarperCollinsCanada Ltd. present Silken Laumann in conversation with VWF Artistic Director Hal Wake at the second of its 2014 Incite reading series at VPL's Central Library. On the eve of the 2014 Winter Olympics, the Triple Olympic medalist will talk about her new memoir, Unsinkable (HarperCollinsCanada Ltd., January 2014), her many triumphs, her heroic comeback after a devastating accident, and her struggle to overcome a troubled and abusive childhood.

The facts of her storied career are well-known. Just ten weeks before the 1992 Olympic Games, Silken Laumann, the reigning world champion in single sculls rowing, suffered a brutal accident that left her right leg shattered and useless. Doctors doubted that she would ever row competitively again. But twenty-seven days, five operations and countless hours of gruelling rehabilitation later, Silken was back in her racing shell, ready to pursue her dream. When the starter's pistol rang out on August 2, she made the greatest comeback in Canadian sports history, rowing to a bronze-medal finish while the world watched, captivated by her remarkable story. Laumann became one of Canada's most beloved Olympians and has continued to inspire and encourage people to follow their dreams.

Today she is a popular speaker and life coach. As the spokesperson for GoodLife Kids, a board member of the Right To Play International and the author of Child's Play: Rediscovering the Joy of Play in Our Families and Communities, Silken works to improve the lives of children around the world.