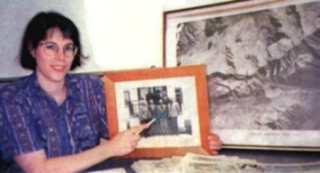 
After conducting nearly 100 interviews and sifting through 2,500 boxes of archives, Suzanne LeBlanc has compiled Cassiar: A Jewel in the Wilderness (Caitlin 2003 $19.95), a comprehensive study of the town built in 1952 to house the workers of Cassiar Asbestos Corporation. Prosperity was short-lived. Between 1974 and 1991, 6,500 people-mine workers and members of the public alike-filed lawsuits against Cassiar for health damage caused by asbestos. The resulting legal costs were upwards of ten million dollars and led to the town's decline in 1992. LeBlanc includes charts on annual rainfall and average temperatures, and less sober information about social history. The annual Schmoo Daze festival in March, for instance, was meant to relieve cabin fever. The town's favourite event was the outhouse race, in which contestants designed and raced functional outhouses-with one team member sitting at the throne. NHL players Rob and Scott Niedermayer are from Cassiar. You'll also learn that Egyptians first used asbestos to preserve their pharaohs, Greeks wove asbestos into wicks for lamps, and Charles the Great is reported to have had a tablecloth made of asbestos-which he cleaned by throwing into the fire. LeBlanc lives in Prince George and teaches at the University of Northern British Columbia. 0-920576-99-0