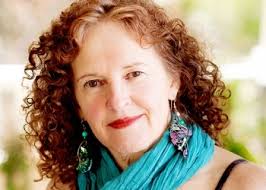 
LITERARY LOCATION: Meadow Lake, B.C. Directions: Meadow Lake is located in the Thompson-Okanagan District, a two-hour drive north of Kamloops on Highways 5 and 24, northwest of Little Fort and southwest of Clearwater.

Meadow Lake, where Annette LeBox often goes to write in a family-owned cabin, is the setting for her novel-in-progress.

Annette LeBox was born at Bognor Regis, England, on April 21, 1943, and immigrated to Canada in 1945 and was raised in Ontario. During her twenties, she lived in England, Ireland and Spain and worked as a nurse's aide, clerk, bartender and bunny (at a copycat Playboy Club), before becoming a teacher. She taught elementary school for many years, earning a Bachelor of Education from SFU and an MFA from UBC. In 1995, she earned an MFA in Creative Writing from the University of British Columbia.

Many of her published works are inspired by nature and her efforts to preserve the natural world. She was the founding member of the Pitt Polder Preservation Society and a major stakeholder in the conservation of two regional British Columbia Parks, Blaney Bog and Codd Wetlands.

In 2003, Annette LeBox was a co-recipient of the first Christie Harris Illustrated Children's Literature Prize for her role as the author of Salmon Creek (Groundwood, 2002) illustrated by Karen Reczuch of Acton, Ontario. The story concerns the life cycle of one Coho salmon, Sumi, from her birth in a remote creek to her final hours when she spawns and dies.

Peace is an Offering (Penguin Random House 2015) is an illustrated poem about a group of neighbourhood children dealing with the ups and downs of childhood. Whether its patience, kindness or consideration, the poem shows various ways that the friends use to help each other. Ultimately, the children create a community where they care for one another in a world where selfishness and conflict dominates. Illustrations by Stephanie Graegin. The book won the 2016 Christie Harris illustrated children's literature prize.

Her other books for children include Circle of Cranes (Dial Books, Penguin 2012), Wild Bog Tea (Groundwood, 2000), Miracle at Willowcreek (Second Story Press, 1998), The Princess Who Danced With Cranes (Second Story, 1997) and Miss Rafferty's Rainbow Socks (HarperCollins, 1996). Most of these are children's picture books except Miracle at Willowcreek and Circle of Cranes, both of which are juvenile novels.

Annette LeBox lives in Maple Ridge, B.C. and has a cabin in the Cariboo at Meadow Lake.