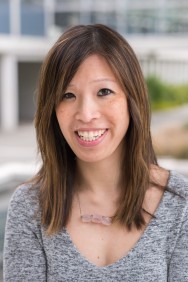 
Along with UBC English instructors Brett Josef Grubisic and Gisele M. Baxter, Tara Lee has edited an anthology examining dystopian literature produced by North American authors between the signing of NAFTA in 1994 and the tenth anniversary of 9/11 in 2011 for Blast, Corrupt, Dismantle, Erase: Contemporary North American Dsytopian Literature (Wilfrid Laurier University Press $48.99). While including references to the works of Margaret Atwood and Joseph Campbell, the collection opens with an essay by Janine Tobeck called The Man in the Blue Suit: Searching for Agency in William Gibson's Bigend Trilogy. There's also an essay by Robert McGill about fiction from Douglas Coupland called The Sublime Simulacrum: Vancouver in Douglas Coupland's Geography of Apocalypse; an essay about Lisa Robertson by Paul Stephens called The Dystopia of the Obsolete: Lisa Robertson's Vancouver and the Poetics of Nostalgia; as well as Sharlee Reimer's essay on Larissa Lai called Logical Gaps and Capitalism's Seduction in Larissa Lai's Salt Fish Girl. 978155459890


Tara Lee is the winner of the Ian Fairclough Teaching Prize for 2014-15. Tara's students in both ENGL 100 and 112 are full of praise for her high standards, energy, dedication, and commitment to helping them improve.

After completing a BComm in Accounting, Tara decided to change career paths and pursue instead her passion for English literature, writing, and teaching. In 2006, she completed her PhD (SFU) in Asian Canadian literature, with teaching specialities in Canadian Literature and 18th-century British Literature. She has been teaching at UBC since then, and currently focuses on critical race studies, dystopian literature, YA literature, techno/new media studies, Canadian literature, and academic writing. Of her teaching, Tara says "My primary aim as a teacher is to make connections between the classroom and the world beyond it, encouraging students to engage with and question the various multi-layered and -faceted "texts" they encounter." Tara recently co-edited Blast, Corrupt, Dismantle, Erase, a collection of essays on contemporary North American dystopian literature, with Brett Grubisic and Gisele Baxter. She is also a freelance food writer (The Georgia Straight), and volunteer for the Writers' Exchange, a literacy centre for inner-city children.