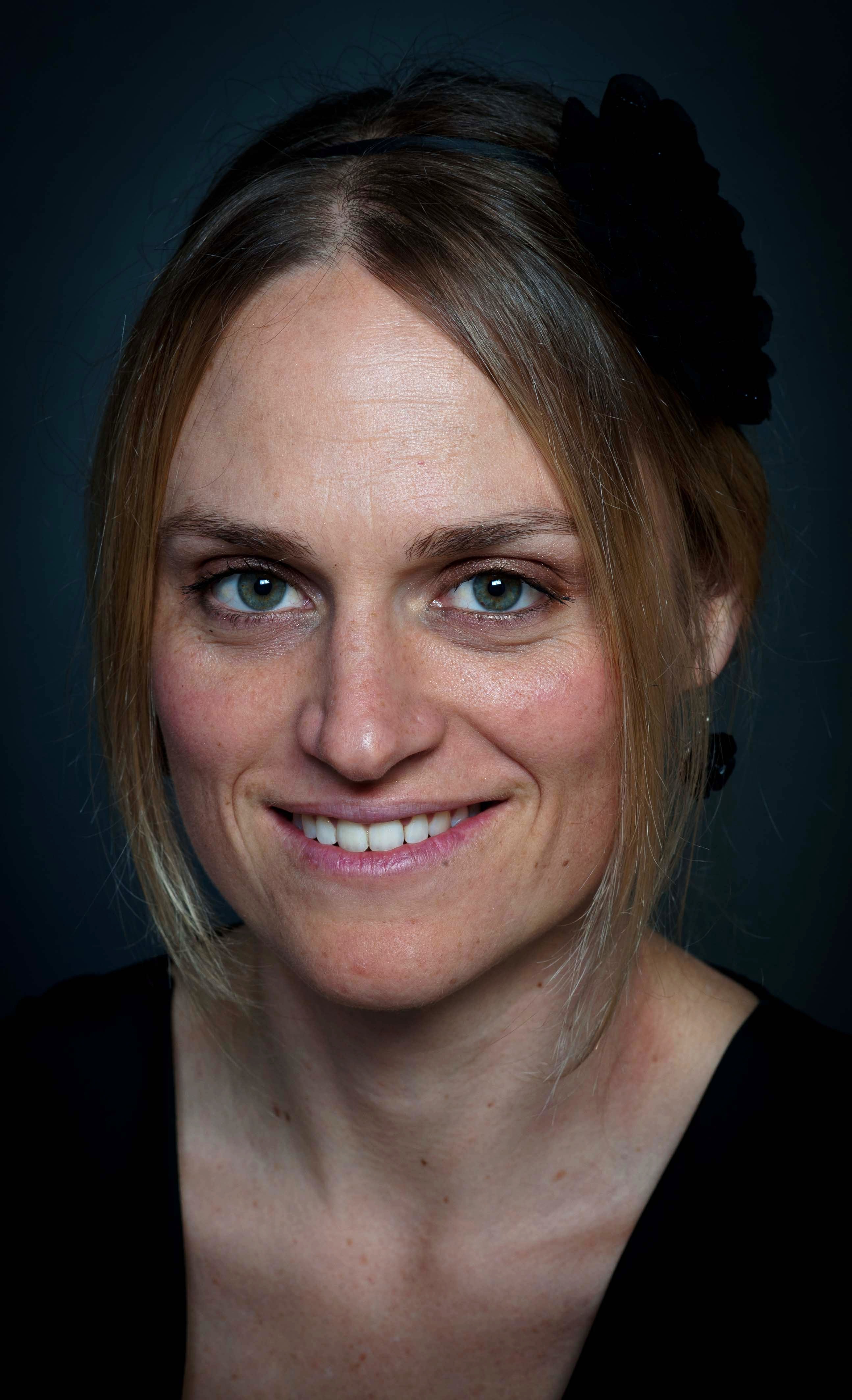 
Julia Leggett has a Masters of Fine Arts in Creative Writing from UBC. Born in Calgary, Alberta, she grew up in Zimbabwe. Gone South and Other Ways to Disappear: Eight debut short stories (Mother Tongue Pub. $19.95) is a collection of short stories focusing on the relationships women have with their bodies, lovers, female friends and health. Eufemia Fantetti, author of A Recipe for Disaster & Other Unlikely Tales of Love describes Leggett's collection as "A smart, surefooted collection that will steal your heart. Julia Leggett's debut offers engaging stories about the choices between love and despair with swift and sharp insights, page after page." Leggett has served on the poetry editorial board for Prism magazine. Her work has appeared in Force Field: 77 Women Poets of British Columbia, edited by Susan Musgrave (Mother Tongue 2013). She lives in Victoria, BC, where she is working on her masters in counselling psychology and a book of poetry. Gone South is her first book. [See review below]

Here Caroline Woodward reviews debut short story collections from two graduates of UBC's Creative Writing program, both of whom set their stories in locales around the world.

In her elegantly produced collection of eight stories, Gone South and Other Ways to Disappear (Mother Tongue $19.95), Julia Leggett reveals what it's like to be female in one's early twenties in this century.

In Thin, an obese young office worker buys herbal diet pills, having thoroughly absorbed the relentless North American repugnance for overweight people. She astounds herself, and confuses her trim, controlling BFF by shedding dozens of pounds... during one shift at work. In this deadpan, surrealist story we are quickly immersed in the savagery of office power politics and the nasty truth about some female friendships. Each sentence sings, each word is carefully considered, polished and put in exactly the right place.

Perhaps Leggett's greatest gift is her ability to hook the reader with a few comfortable assumptions and then to give the tale a sly and devastating twist. For In Disguise, we follow a resolutely passive woman to Italy where she shocks herself by sidling away from her husband and his attentive co-worker to follow a handsome Italian onto a train. Along with the protagonist, the reader is tempted into making assumptions only to have them slither sideways. Will a brush with menace have adverse effects? Or could it be what is needed to snap her into vibrancy?

The only story which did not quite grip me was Snow Bunny, which deals with a middle-aged Canadian woman on a tropical holiday. For someone who is well-travelled and beyond middle age, it held no twists or new revelations.

The story that shines brightest among all the gleaming stories is the title story, Gone South, told as letters to, most likely, a childhood friend. Here Leggett's wonderfully dry sense of humour leavens gut-wrenching pathos. The protagonist begins by letting her friend know that she has melanoma and that she is in for a battle royal. "Please still send me all your news,"; she writes. "As difficult as it is to hear about other people's lives, I still want real relationships.";

The letters reveal detailed drug and surgical treatments, her bodily response to them, her relationship with her stalwart gem of a husband, her loathing of needles and the joy in being outside during a remission, rid of tumours. "They can't keep chopping them out, or there'll be nothing left of me,"; she writes. "I'll be a human colander.";

Leggett's characters run the gamut from dreamy drifters to bossy boots (Lena Reynolds Gets Divorced) to smarty pants (Versus Heart) to vulnerable victims about to break free (One More Goodbye). No matter whether the story has taken us for a walk on the surreal side or if it whacks us in the heart via high realism, up close and extremely mortal, Leggett's writing cracks and sparkles.

Wise beyond her years at 33, Leggett, also a poet, grew up in Zimbabwe and is currently studying for her Masters in Counselling Psychology. In her acknowledgements, Leggett thanks her "fellow melanoma warriors.";

My only difficulty with Marguerite Pigeon's dazzling collection of fourteen stories is the title, Some Extremely Boring Drives (NeWest $19.95). Yes, yes, it's hipster-ironic, arch, provocative, but it's likely do this book a disservice when it's crammed spine out onto bookstore shelves.

Conversely the stories inside all have short, bristling, interesting titles like Endurance, Fiddle, Run or The Mermaid Sings which would entice most prospective readers to reach out for it.

Pigeon's characters are movers and shakers all, nary a chaise lounge habitué watching the world go by in the lot. Endurance begins the book, about an extreme, cross-country marathon in the Yukon. The riveting action is so visceral that one is practically shivering, sweating and panting by the end of it.

Then we're off to a hair salon where a cancer survivor is conversing with her hairdresser en route to a first night out to enjoy music and dancing and life among the living. Pigeon's ability to push and pull the reader into her high-energy orbit is a treat. Her pacing and language never lose momentum or tension.

In Slag, rough-housing between two teens escalates when the young woman is punched by her older and larger boyfriend. We fear for her future in Sudbury where she lives with her mother and her mother's live-in gangster partner who is also the uncle of her abusive boyfriend. I cheered as she made her escape on the 'Hound heading to Toronto. But Pigeon does not indulge anyone with tidy endings.

In Catch, we enter the creepy night-time world of two men who catch feral cats for unspecified medical purposes. The dialogue is especially unnerving and powerful. "Always a step ahead,"; as Gerald put it. "Like Eichmann in Argentina."; Gerald is the kind of guy who enjoys this work far too much. And Roger knows he needs to make an exit before the job catches and disposes of his own humanity on a daily basis.

Marguerite Pigeon's training, productivity and experience as a journalist comes to the fore as we scramble over the rocks of Newfoundland in Fiddle. What to do with a reluctant, once-celebrated, now-disgraced fiddle player who wants to take the cameraman and the journalist out in his boat?

We are taken to the streets of Mexico in That Obscure Desire and to Spain in Torera, where twists and turns and a sly sense of humour abound. Here's our intrepid traveller on the beach in Spain: "Sheri is quite tipsy and has some trouble on the lava-like rocks. She generally embraces her drinking, but the librarian in her doesn't approve of the attendant loss of focus.";

Now that the reader is well and truly hooked on the stories-all gritty realism interspersed with heart-aches and belly laughs in seemingly effortless, glimmering prose-along comes Makeover to overturn expectations. Clue: a doppelganger is involved, or possibly a twin or maybe even a love-child on the loose.

The notion of shifting identities comes to the fore in the next story, Run, as well as Backup, where a singer chooses to hang back and take a supporting role until the day she messes with the unwritten rules. Another singer in another story, The Mermaid Sings, a Joni Mitchell tribute act, takes to the stage in a blonde wig, playing small bars across the prairies. This one would make a brilliant theatre piece or film.

Marguerite Pigeon is also the author of the Gerald Lampert Award-nominated book of poetry, Inventory (Anvil 2009) and a novel, Open Pit (NeWest 2013) that was reviewed in B.C. BookWorld. Her range of subjects and characters in Boring Drives, and her soaring imagination throughout, is truly impressive. I now look forward to reading her previous books.
-30-

Caroline Woodward is the author of Penny Loves Wade, Wade Loves Penny (2010) and The Village of Many Hats (2012), both from Oolichan Books.