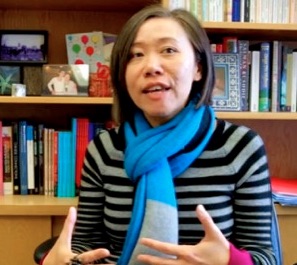 
Helen Hok-Sze Leung is a Professor in the Department of Gender, Sexuality & Women's Studies and the co-director of the Institute for Transpacific Cultural Research at Simon Fraser University. She is the author ofUndercurrents: Queer Culture and Postcolonial Hong Kong(UBC Press, 2008) andFarewell My Concubine: A Queer Film Classic(Arsenal Pulp Press, 2010). She co-edits theQueer Asia book series (Hong Kong University Press) and serves on the editorial boards of Journal of Chinese Cinemas (Routledge),Transgender Studies Quarterly(Duke University Press), and Asian Visual Cultures (Amsterdam University Press). Research projects have included a SSHRC-funded project on Transpacific Film Cities and a study of film sound and queer cinema.