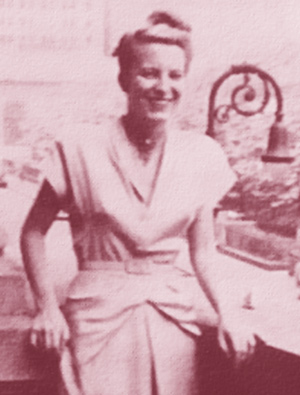 
According to reviewer Charlotte Cameron, who met Laurie Lewis in Oaxaca, Mexico in March of 2011: "Laurie Lewis is a writer who got her start in publishing at Doubleday in New York in 1961. Later she became the Head of Design at University of Toronto Press. In 1991 she founded Artful Codger Press. Her book Little Comrades (Porcupine's Quill 2011) reflects her many accomplishments and a lifetime experience with books. [SEE REVIEW BELOW]

"Lewis's parents were active communists. Her father, a violent alcoholic who beat her, worked in Vancouver for the Shipwrights and Boilermakers Union in 1942. Her mother, a newspaper reporter, eventually worked for McClelland and Stewart.

"In 1951, after moving to New York, Lewis was interrogated about her Canadian parents. She couldn't remember the names of people her mother knew, and it was her mother the FBI was interested in. There is a shivering ending to this mother-daughter story, and an unusual twist.

"Lewis attended General Brock High School in Vancouver and remembers going by street car with her mother in an attempt to witness the herding of the Japanese into Hastings Square. The radio encouraged people to go and pick strawberries from the gardens left behind in Abbotsford by Japanese farmers."

Parents who are running from the law teach their children to be secretive, as evidenced by Laurie Lewis's memoir, Little Comrades, mainly set in Vancouver during the 1930s and 40s.
The cover photograph shows Lewis at the age of six with her arm protectively draped around her eight-year-old brother, Andy, who has a somewhat defiant look. As a child, with both her parents active in the Communist Party, Lewis learned to watch out for the RCMP and keep quiet about family secrets, such as her father's alcoholism.
The first section covers Lewis's childhood years, followed by "Running Away at Last,"; an account of her coming-of-age in Toronto and New York. Chapters such as "Learning to Lie"; and "Losers Weepers"; recall how Andy was repeatedly beaten by their father, Lawrence, who would become head of the Communist Party in Alberta after two years of study in the Soviet Union (1936-1938).
Still vibrant at age eighty-one, Lewis remembers conversations well, but some of the earliest dates and locations are blurred. Lewis's mother left her husband several times, only to take him back. This is the hardest thing for Lewis to understand.
Lewis's mother educated her children through stories, describing her husband as a charismatic figure who organized severely exploited sugar-beet workers in Alberta. She also told the children about the Spanish Civil War.
The Lewis family raised money to send idealistic soldiers to Halifax to fight against the dictatorship of Franco in Spain. Lewis remembers standing by the train tracks, outside the Vancouver station, saying good-bye to a friend, but she couldn't talk about it because Spain "was illegal";.
Lewis also went by streetcar to try to witness the herding of Japanese people into Hastings square after their farms had been expropriated. Her mother talked to her about the moral dilemma facing Vancouverites who were encouraged by the radio to go to the now-deserted farms and pick strawberries.
Her father was jealous of his wife and tried to keep her at home, forbidding her to become a member of the Communist Party. Their various apartments in Calgary, Edmonton and Vancouver were often a meeting place for the comrades, including Tim Buck, the Communist leader who told her father, "If she's politicized enough to stay up all night typing for the Party, she deserves to be a member.";
In 1939, Lewis's parents went into hiding due to the [short-lived] pact made between Germany and Moscow. Laurie and her brother were looked after by a kind woman who arranged a clandestine meeting with their mother, on a bus. When authorities questioned the children about their parents' whereabouts, Laurie managed to put on such a show that even her brother was impressed.
When Germany invaded Russia, "Canadian communists were out of jail again, and even legal.";
Lewis retains happy memories of Vancouver in 1944 when she was in grade nine at General Brock School. She helped with the war effort and her team of scrap metal collectors won a prize. The family seemed to be safe. They had a house up a hill, with a view. It had an icebox and a Findley stove with a sawdust hopper.
Her father, who worked for the Vancouver Shipwrights and Boilermakers Union, stopped beating her. Her mother directed a musical, The Shipyard Revue, and Lewis was in it. They had a fenced yard and a dog.
During this period, Lewis made a friend and the girls vowed to meet at the corner of Granville and Hastings in 1951 when they turned twenty. But it never happened.
When Lewis was sixteen, Andy ostensibly ran away to sea, hoping to emulate the life of Jack London who wrote Call of the Wild, his favourite book. In fact, her mother had succeeded in enrolling him in a Halifax naval academy, lying about his age.
She and her mother pulled up stakes, leaving everything behind in Vancouver, moving first to Toronto, then onto New York. Photos show Lewis and her mother as glamorous women in New York, during the McCarthy era, when they briefly lived in the same building as Julius and Ethel Rosenburg.
Her brutal father wrote to Tim Buck to say he'd given his wife permission to leave.
Little Comrades concludes with a dramatic ending-that should not be revealed by a reviewer-when Laurie Lewis is 21, still keeping secrets as she summons up all her acting ability for the performance of a lifetime. 978-0-88984-342-4