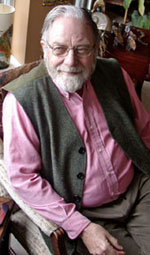 
"The Phillips Curve";. Appears in Famous Figures and Diagrams in Economics. (Edward Elgar, 2010)


This book examines the long term economic growth that has raised the West's material living standards to levels undreamed of by counterparts in any previous time or place. The authors argue that this growth has been driven by technological revolutions that have periodically transformed the West's economic, social and political landscape over the last 10,000 years and allowed the West to become, until recently, the world's only dominant technological force.

Unique in the diversity of the analytical techniques used, the book begins with a discussion of the causes and consequences of economic growth and technological change. The authors argue that long term economic growth is largely driven by pervasive technologies now known as General Purpose (GPTs). They establish an alternative to the standard growth models that use an aggregate production function and then introduce the concept of GPTs, complete with a study of how these technologies have transformed the West since the Neolithic Agricultural Revolution. Early modern science is given more importance than in most other treatments and the 19th century demographic revolution is studied with a combination of formal models of population dynamics and historical analysis.

The authors argue that once sustained growth was established in the West, formal models can shed much light on its subsequent behaviour. They build non-conventional, dynamic, non-stationary equilibrium models of GPT-driven growth that incorporate a range of phenomena that their historical studies show to be important but which are excluded from other GPT models in the interests of analytical tractability. The book concludes with a study of the policy implications that follow from their unique approach.--Publisher's website


Dr. Richard G. Lipsey is currently professor emeritus of economics at Simon Fraser University and Fellow of the Canadian Institute for Advanced Research and member of their large-scale, international research project on Economic Growth and Policy. He is an officer of the Order of Canada, a fellow of the Royal Society of Canada and the Econometric Society and a past president of the Canadian Economic Society and the Atlantic Economic Society. He also holds honorary doctorates from the Universities of McMaster, Victoria, Carleton, Queen's, Toronto, Guelph, Western Ontario, Essex (England) and UBC. Dr. Lipsey received his B.A. from UBC. in 1951, M.A. from Toronto in 1953 and PhD from London School of Economics in 1957. He has held a chair in Economics at the London School of Economics and was chairman of the Department of Economics and dean of the Faculty of Social Science at the new University of Essex, England from 1964 to 1970. He has held visiting appointments at seven Universities in England, the United States and Canada. From 1970 to 1986, he was Sir Edward Peacock professor of Economics, Queen's University, Kingston, Ontario. He has served as an independent policy advisor to many national organizations in both the UK and Canada. In 1976, he wrote the economic brief that the Canadian Labour Congress presented to the Supreme Court of Canada as part of their appeal against setting up the Anti-Inflation Board (A.I.B.). This was the first time in history that the Supreme Court accepted, and responded to, expert evidence. He is a frequent commentator on economic policy issues in Canada and in 1982 received, along with D. Purvis, the National Business Writing Award "for distinguished financial writing by Canadians who are not primarily journalists". From 1983, until January 1989, he was senior economic advisor for the C.D. Howe Institute where he coauthored monographs on Canada's Trade Options and on the Canada-U.S. Free Trade Agreement and wrote over a dozen journal articles and pamphlets on various aspects of the free-trade debate. He also edited the Institute's Inflation and Trade Monitors. Dr. Lipsey has authored several textbooks in economics that are used widely in North America and the U.K. His introductory texts have been translated into fourteen foreign languages. He has published over 150 articles in learned journals and books on various aspects of theoretical and applied economics. Recently three volumes of his selected essays have been published by Edward Elgar Publishers in the U.K.--Author's Website biography