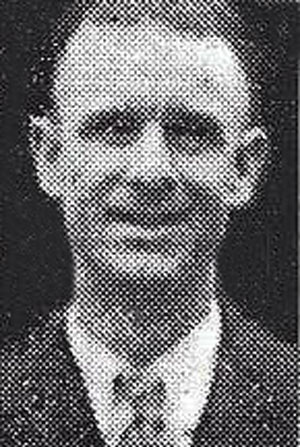 
Born in Bradford, UK, in 1899, Ronald Liversedge fought in the Great War where he was twice wounded. He became a Communist in 1921, a cause he never abandoned. He was a labourer in Australia prior to coming to the West Coast of Canada in 1927. He lived most of his life around Vancouver and Vancouver Island, working as a labourer, organizer, writer and editor.

Liversedge's working class experiences in Sudbury, on the Prairies and in Vancouver strengthened his Communist beliefs and he became a leading activist among the single, unemployed men who were relegated to so-called Relief Camps that were managed by the army. The accommodation was rudimentary and pay was only 20 cents per day. Demanding 'work and wages,' the men mobilized into the Relief Camp Workers Union to demand better wages, a five-day work week, unemployment insurance, Worker's Compensation coverage, the right to vote, and to have camps taken out of control of the Defence Department.

In 1935 Liversedge was among the approximately 1500 workers who left the camps in B.C. to join protests in Vancouver that were led primarily by Arthur Slim Evans. Liversedge's hatred for Prime Minister R.B. Bennett was justified by the actions of the police on behalf of the federal government during the Regina Riot that halted the On-to-Ottawa trek in 1935. Liversedge provided a rare, working class view of the On-to-Ottawa events for a self-published memoir called Recollections of the On to Ottawa Trek (Vancouver? 1961).

After his retirement, Liversedge moved with his lifelong partner, Mildred Liversedge, to Lake Cowichan in 1974. He died that same year. His Recollections were later reissued, along With Documents Related to the Vancouver Strike and the On to Ottawa Trek, edited by Victor Hoar, in 1973.

A second posthumous work has now followed. According to New Star Books: "Ronald Liversedge was already in his late thirties when he signed up to fight for the Spanish Republic. Fired by a life-long passion for social justice, and outraged by the fascist attack on the Spanish people, Liversedge could hardly wait for the call from the International Brigade, which finally came a little after May Day 1937. His journey to the East Coast, towards the ship that will take his fellow fighters to Spain, was a journey through late Depression North America.

"After surviving a German torpedo attack on the troop carrier bringing him into Spain, Liversedge and his fellow Canadian fighters arrived in Albacete, where they were assigned by the International Brigades. Liversedge witnessed the battles of Albalate, Huesca, Fuetes de Ebro, Benicassim, Cuenca, and, at the end, Valencia.";

In a memoir of the Spanish Civil War, Liversedge described the characters he encountered, including American and German comrades-in-arms in the Lincoln and Thaelmann brigades. This memoir was first written in the mid-1960s. Its publication at the time was stymied by murky Communist Party internal politics. Later, the manuscript was consulted by Victor Hoar for his pioneering book about Canadians' participation in the Spanish civil war, The Mackenzie-Papineau Battalion. There the story might have died, except for the fact that Liversedge made a few copies of his manuscript, and gave one of them to a young student of the left, David Yorke. Many years later Yorke edited Liversedge's manuscript, and worked with Ronald's widow Mildred, and the Mackenzie-Papineau Veteran's Association, to clear the way for its publication.

A promotional summary states: "Ronald Liversedge was 37 and a veteran of the War to supposedly End All Wars when he signed up to defend the nascent Spanish republic against Fascism, joining thousands like him in the International Brigade. Liversedge wrote a memoir of this epochal experience, but politics prevented its publication, and it remained unpublished at the time of his death in 1974.

Before Liversedge died, he gave a copy of his manuscript to David Yorke, a young lawyer and student of labour history. As Yorke's involvement in left/labour history deepened, he realized the importance of the manuscript in his possession, and undertook to see Mac-Pap: Memoir of a Canadian in The Spanish Civil War into print."

Review of the author's work by BC Studies:
Recollections of the On To Ottawa Trek
Mac-Pap: Memoir of a Canadian in the Spanish Civil War