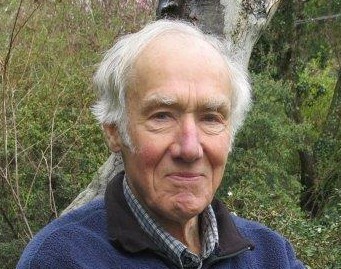 
Robert Longe worked in mineral exploration for many years as a geologist, consultant, and chief executive of a junior public company. His own experiences searching for mineral deposits in many parts of the world convinced him that the industry, much of it based in Vancouver, provides enough excitement, unique characters and engrossing situations for an entire genre of novels. His first novel, The Nisselinka Claims (2015), is his initial contribution. It's a 456-page, family saga that spans three generations. In the early years of the 20th century Edward Wickford, a settler in the Bulkley Valley of northern British Columbia, lays claim to a rich vein of copper and gold in the Nisselinka Mountains of central British Columbia. But events outside his control wreak havoc with his plans and dreams of wealth. Two world wars and two generations later, his grandson's ownership of the same mineral rights is threatened by a hard-driving promoter of a public company listed on the junior mining market. The resulting conflict in a high-stakes treasure hunt run by professionals, but spiced by rogues, propels the story to its climax.

Articles: 1 Article for this author

Robert Longe has compiled this personal list of titles pertaining to mining, while making clear there are precious few works of fiction about the subject.

This is a partial list assembled from lists by Robert Longe, Alan Twigg, & Tom Schroeter.

If you know of other non-technical books about mineral exploration, please send an email at info@nisselinka.com.
(Updated September 15 2015)


Factual: Historical & Biographical
*Coal Mine to Castle: The Story of the Dunsmuirs of Vancouver
Island New York: Pageant Press, by Lynn Bowen 1955

*Britannia: the Story of a Mine (Britannia Beach Community Club, 1967)
by Bruce Ramsey 1967

One Man's Gold Rush - A Klondike Album by Murray Morgan 1973

*The Town That Got Lost: A Story of Anyox (Gray's Publishing, 1973), a follow-up to local historian Ozzie Hutchings' Anyox (Hidden Creek) Mining District:
by Pete Loudon 1973

Hard Rock Gold - The Story of the Great Mines That
Were The Heartbeatof Juneau, Alaska by David & Brenda Stone 1983

Claims, Adventures in the Gold Trade by Ken Lefolii 1987

Spud's Dream: The Story of How a CanadianMountain-Man
Helped Create a World Class City by Sydney Cole 1987

WetCoast Ventures - Mine Finding on Vancouver Island
by Walter Guppy 1988

Pezim, Tales of a Promoter by Frank Keane 1989

Our Trail Led Northwest - A True Tale of Romance
and Adventure by E. Maude Mandy 1989


The New Gold Rush - Canadian Gold Companies:
The Mines - The Men - The Dreams by Frank Keane 1991

Mountains of Ore and Rivers of Gold - Stories of a
Contemporary Prospector by M.A. Kaufman 1992

One Lucky Canuck, An Autobiography by David Barr 2004

Prospectors Promoters and Hard Rock Miners - Tales of the Stewart,
BC and Hyder, Alaska Camps by Ian McLeod 2004

Gold Dust on His Shirt: The True Story of a Pioneer Mining Family by Irene Howard 2008


Jewel of the Kootenays: The Emerald Mine by Larry Jacobsen 2008

The McLeod Luck by Donald McLeod 2009

Tales from the Underbrush by Ian Semple 2015

Wild Places, The Adventures of an
Exploration Geologist by Harold Linder 2015

Not included in list of Non-Technical Books
Fowler, George Papers on the theory and practice of coal mining.