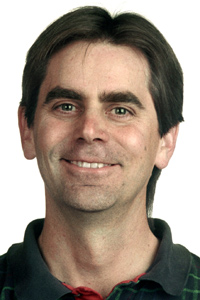 
In 2008, as a UVic history professor, John Sutton Lutz produced Makúk: A New History of Aboriginal-White Relations (UBC Press $85), including a chapter titled 'Making the Lazy Indian.' This is a superb examination of the collision between indigenous and non-indigenous cultures of British Columbia that received the Harold Adams Innis Prize for the best English language book in the social sciences published in Canada in 2009.

Having spent billions to solve the so-called "Indian problem,"; our society has yet to fully come to terms with what Lutz calls the "white problem"; that emerged in the 1950s when deliberate and also inadvertent policies drove Aboriginals out of capitalist, wage and subsistence economies (ie. fishing). This is one of those rare and wonderful academic books, well-edited and illustrated, that can easily be read from cover to cover by anyone who wants to understand the province in depth.

Keith Thor Carlson, editor of A Stó:l?-Coast Salish Historical Atlas, has dubbed it, "The most important book on the history of West Coast Native-newcomer relations since Robin Fisher's Contact and Conflict."; That's a gi-normous claim, but he could be right. Lutz's engaging overview is one of several swan songs from the desk of retiring UBC Press editor Jean Wilson who helped produce literally dozens of important First Nations-related titles since her arrival at UBC Press in 1988.

As an assistant professor of History at UVic, John Sutton Lutz co-edited Situating "Race" and Racisms in Space, Time and Theory: Critical Essays for Activists and Scholars (McGill-Queen's, 2005) with Jo-Anne Lee. As a specialist in indigenous-newcomer relations, he later contributed to, and edited, the proceedings of a February 2002 conference for Myth & Memory: Stories of Indigenous-European Contact (UBC Press, 2007). He is a co-director of the Great Unsolved Mysteries in Canadian History Project.

Reviews of the author's work by BC Studies:
Makuk: A New History of Aboriginal-White Relations
Researcher's Guide to British Columbia: Nineteenth Century Directories, A Bibliography & Index

Situating "Race" and Racisms in Space, Time and Theory: Critical Essays for Activists and Scholars (McGill-Queen's, 2005) with Jo-Anne Lee. Co-editor.


With truce-like solemnity, prior to international sporting matches it's customary for players to stand at attention as national anthems are played.

As indicated by John Sutton Lutz' essay in Myth & Memory: Stories of Indigenous-European Contact, the ambassadorial power of music has surely arisen from some deep-seated human impulse that is likely prehistoric, and therefore beyond analysis.

According to Lutz, the crews of Captains Juan Perez and James Cook-the first two European explorers known to have reached B.C. waters-were both serenaded by music from Aboriginals upon their arrivals, in 1774 and 1778 respectively, and both crews cast their own music upon the waters in exchange.

In July of 1774, when the European "discoverer"; of British Columbia, Juan Perez, contacted Aboriginals in canoes-presumably Haida-off Langara Island, at the northern end of Haida Gwaii, it was subsequently recorded:

"The first thing they did when they approached within about musket shot of the ship was to begin singing in unison to their motet and to cast feathers on the water... They make a particular signal. They open their arms, forming themselves in a cross, and place their arms on their chest in the same fashion, an appropriate sign of their peacefulness.";

The theatrical encounter was placed into a religious context by the Spaniards. As Lutz takes care to note, a motet is a vocal composition in harmony, set usually to words from Scripture, intended for church use. The expedition's priest, Father Juan Crespi, further wrote, after another canoe arrived:

"Night had fallen, and we were all reciting the rosary of Our Lady of the Immaculate Conception... Seeing that no attention was paid to them, because we were at prayers, the people in the canoe began to cry out, and they continued shouting until such time as the daily recital of the rosary and special prayers to some saints were concluded and the hymn of praise, which caused great admiration on their part, was sung.";

In 1778, at Friendly Cove on the west shore of Vancouver Island, when Captain Cook's two ships arrived, carrying the young British officers George Vancouver and William Bligh, music was also traded, rather than salvos of weaponry. The collectively written journal of Cook, as collected by his second-in-command James King after Cook's death in Hawaii, records the meeting at Nootka Sound:
"After we had anchored the boats came alongside without hesitation but none of the Natives chose to venture on board ... as they had no Arms and apperd very friendly we did not care how long they staid to entertain themselves, & perhaps us; a man repeated a few words in tune, and regulated the meaning by beating against the Canoe sides, after which they all joined in a song that was by no means unpleasant to the Ear ...

"As they were now very attentive & quiet in list'ning to their diversions, we judg'd they might like our musick, & we ordered the Fife and drum to play a tune; ... they Observd the Profoundest silence, & we were very sorry that the Dark hind'red our seeing the effect of this music on their countenances.

"Not to be outdone in politeness they gave us another song, & we entertained them with a French horn, to which they were equally attentive.";

Lutz, who teaches history at the University of Victoria, is working on a book based on close to two hundred different surviving accounts, recorded between 1789 and the present, of how indigenous people perceived the arrival of Europeans on the west coast of North America. His contribution to this anthology of essays which he edited-derived from a confab of academics at Dunsmuir Lodge near Victoria in 2002-teasingly offers tidbits from his research.

We learn that George Vancouver's arrival in the harbour that bears his name, like the arrival of Cortez in Mexico, occurred at a "spiritually potent time,"; vastly increasing his importance. According to Squamish elder Andrew Paul, his people believed some disaster was scheduled to befall them at seven-year intervals and Vancouver's appearance happened to coincide with the culmination of that cycle.

The Nuu-chah-nulth in Nootka Sound, however, assumed Cook's men came from the moon, one of the most powerful of all spirits in their cosmology, because they wore yellow and their brass decorations shone like the moon.

As Lutz concludes, "Rather than immediately destabilizing traditional beliefs, the arrival of Europeans was merely part of the ongoing proof of these beliefs.";

First contacts in our part of the world only date back a few centuries, so Myth & Memory is a terrific idea for a book. Unfortunately the contributions include encounters that occurred as far afield as Utah, Virginia and the Kalahari Desert. Five of the chapters concern the coastal areas of British Columbia; two analyze contact stories from Chilliwack and the Okanagan.

The ardent history buff will find plenty of obscure gems. Fort Vancouver, for example, was known by indigenous people as "the place of mud turtles."; But for the so-called general interest reader, Myth & Memory is a stylistically obtuse and daunting melange of academics talking to each other, pointing the way to more intriguing work yet-to-come.