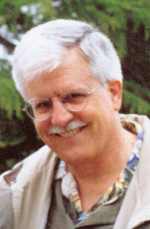 
David Mattison is one of British Columbia's most integral and prolific historians having published dozens of papers and organized many initiatives to strengthen knowledge and appreciation of B.C. history. He graduated from the University of Hawaii in 1972 and moved to British Columbia that same year to pursue graduate studies at the Creative Writing Department, University of British Columbia. Mattison received an M.F.A. in Creative Writing from UBC in 1974. He returned to UBC from 1976 to 1978 and earned another graduate degree in librarianship. He moved to Victoria in 1981 to work for the British Columbia Archives where he researches and writes primarily in the fields of history and information sciences (the Internet and World Wide Web). He has particular interest in photography in B.C. For his research in this field he received an Award of Merit from the Association for Canadian Studies in 1986. Some of his professional papers are at UBC Special Collections. His limited edition directory of 50 copies lists all photographers in British Columbia from 1858 to 1900.

EMPLOYMENT OTHER THAN WRITING: Archivist and librarian

Review of the author's work by BC Studies:
Eyes of a City: Early Vancouver Photographers 1868-1900
Voices: A Guide to Oral History