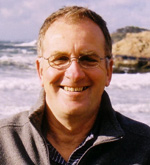 
Born on September 15, 1949 in Victoria B.C., shipmaster Keith McLaren lived on Saltspring Island before moving to North Saanich on Vancouver Island. With more than 35 years' experience at sea, he has worked as a Captain for BC Ferries. In 2007, his A Race for Real Sailors received the Keith Matthews Prize for best book from Canadian Nautical Research Society which described it as "lovingly, but honestly, presented and well-researched account of the Lunenburg-based schooner Bluenose's legendary exploits during a series of races against rival schooners from New England. McLaren engagingly places these iconic competitions within the context of a transitional period in schooner history as technology increasingly rendered the graceful vessels obsolete. Through vibrant, even nostalgic, text, evocative quotations, and powerful images, the author draws the reader into the emotion and excitement of the times. He appropriately covers the American perspective of the famed races, a welcome complement to our traditional views of the Bluenose's place in Canadian maritime history. A Race for Real Sailors is a beautifully illustrated and designed work of very high production quality. It is the best book yet to have appeared on the Bluenose.

Light on the Water: Early Photography of Coastal British Columbia (Douglas and McIntyre, 1998)