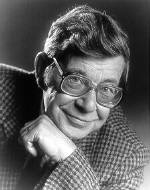 
"For the conquest to be justified, it was necessary to think of the Indians as 'savages'." -- Norman Newton

As a young man eager to write, he corresponded with Earle Birney and became part of Birney's Author's Anonymous circle that included Robert Harlow, Norm Klenman, Ernest Perrault, Ben Maartman and Hilda Thomas--among others. Newton first met Malcolm Lowry at Earle Birney's shack in Deep Cove known as 'Hangover House'. Birney had been so impressed by Lowry and his former Hollywood starlet wife Margerie that he had rented his own place in Lowry's vicinity. Here Birney's students met, mingled and drank. "He [Lowry] was a very dramatic person in my presence," Newton told biographer Elspeth Cameron, "always performing. He had something of the style of the old Shakespearian actor... His singing was quite unmusical, and he accompanied himself with a furious a rattly strumming on the ukelele which would have caused embarrassment at a YMCA picnic."

Norman Newton worked for many years as an actor, radio playwright and CBC radio producer in Vancouver, during which time he became familiar with CBC announcer Bill Reid. This friendship led him towards his interest in the Haida. "Reid is a laconic man," he once wrote, "usually amiable and entertaining, but sometimes scarifyingly direct in his rejection of importunate bores and fools." Initially, as a young man, Newton worked at a variety of jobs, including a stint as a deckhand on a tugboat and a job as a mess-boy on a freighter between Ireland and Canada, prior to being hired by the BBC in London during the 1950s.

Published in England, Newton's first historical novel about Mexico, The House of Gods (1961), recalls Toltec culture from the 15th century. His second novel set in Mexico, The One True Man, incorporates Mayan and Aztec stories to theorize that Phoenicians could have established colonies in North America centuries prior to the birth of Christ.

Newton's non-fiction book, Thomas Gage in Spanish America (1969), recalls the Englishman who went to Spain in 1612 and became a Dominican priest. He lived in Central America as a missionary from 1625 to 1637. When Gage returned to Europe, he renounced Roman Catholicism and became an Anglican clergyman in England, then served as chaplain on an expedition to the West Indies in 1654. Gage died in Jamaica. In his 1648 book called English-American: His Travail by Sea and Land; or, A New Survey of the West Indies, Thomas Gage described the wealth and relatively defenseless condition of the Spanish possessions in the Americas.

Released one year prior to Alan Fry's breakthrough novel about B.C. Indian reserves, How A People Die, Norman Newton's third novel, The Big Stuffed Hand of Friendship (1969), provides a credible and occasionally ribald portrait of a coastal B.C. town and its often strained relations between Aboriginals and whites. Newton later produced a non-fiction book, Fire in the Raven's Nest: The Haida of British Columbia (1973) that is an amalgam of interviews, oral narratives, myths and documentary materials, with some direct input from Haida artist Bill Reid, a broadcasting colleague at the CBC. One section recalls how smallpox destroyed the traditional culture on the Queen Charlotte Islands.

Newton also wrote many plays for radio and the stage, two books of poetry, opera libretti and musical scores for various media. He once wrote, "From the time I began to write my life has been dominated by the attempt to find new forms of narrative and dramatic poetry. My plays have thus been written wholly or partly in verse. My book-length fictions, written in prose metre rather than prose as normally understood, are formed in the tradition of narrative verse."

He retired to Gabriola Island.

Articles: 3 Articles for this author
‘The Matter of British Columbia’
Excerpt: Fire in the Raven's Nest (1973)


"I first became interested in Indian matters as a poet," wrote Norman Newton in his 1973, "and then I was most interested in what might be called 'the matter of British Columbia'. I had written two novels about early British Columbia and Mexico, and I had discovered in the process a rich store of myth. Thus I had started with myth and poetry and had ended in social consciousness -- a not unusual route, especially in our time, when prevalent social relations have become anti-mythical and anti-poetic.

"The British Columbia of my previous conception -- a vast undeveloped province, an administrative unit in a federal system governed politically by Ottawa and Victoria and economically by the United States -- began to change. I began to see the province as it had been: a collection, on the one hand, of ancient coastal and river-oriented village states, some of them of great age, varying from small to tiny, and, on the other, of larger less well-defined inland territories exploited by nomadic or semi-sedentary tribes.

"The British Columbia of my time was another country which had settled down atop the old one, squashing its contours, but not obliterating them entirely. Some of its cities, towns and villages lay over old sites, some did not; some of its roads followed old trails, some did not; some of its industries exploited resources known to the ancient inhabitants, other exploited resources unknown to them.

"Were our sins, in a sense, finding us out? Were we paying, in a growing sense of purposelessness which produced an agony something like that of dismemberment, for our violation of the land? When did I first become aware that something was wrong at the root of things, something I had no name for?"


Norman Newton
On The Broken Mountain


Some Thoughts on my Friendship with Norman Newton, Canadian Man-of-Letters. -- Derek Healey


I first met Norman in 1969 when he was the producer of both the CBC Vancouver Chamber Orchestra and the 'Organist in Recital' radio programme, and since that time we have stayed in contact, at first through numerous letters, and later though the telephone. He was perhaps most instrumental in introducing me to the music of the aboriginal peoples of the Canadian West Coast and the Northern Territories, through loaning me dubs of various radio programmes he had produced devoted to their culture. The music on these tapes had a great effect on the direction my compositions were to take, beginning with the suite for school string orchestra "The Raven";, and followed by arrangements of native melodies in the two sets of Canadian folk songs for choir, and four orchestral works: the idylls "Salal"; and "Alert Bay", and the suites "Arctic Images"; and "Gabriola"; (the latter, dedicated to Norman).

This mutual interest in Native music climaxed in our joint opera "Seabird Island";, based on a Tshimshian legend, which was commissioned by the Guelph Spring Festival and premiered in May 1977, and which incidentally was the first opera by a living composer and librettist to be taken on a cross-Canada tour.

Norman supported me in many ways, particularly in difficult times, but unfortunately I was never really in a position to return his generosity, except perhaps by setting a section of his extended prose-poem "The Coast of Oregon";, which, fortunately, he was able to hear through a MIDI CD in the summer of 2011 shortly after the work's
completion. In both of the two extended works on which we worked, I found his texts exceedingly grateful to set - he obviously had the ear of a musician when writing poetry.

Of his various literary creations, the ones that had the greatest impact on me were his radio play "Listen to What I Say";, based on a West Coast legend to which he added background music in the form of transformed animal cries and bird song; and his book on the Haida, "Fire in the Raven's Nest";, which furthered my admiration for that culture.

Apart from his love of Canada, Norman also had a keen interest in things British, for example on two separate occasions he wrote to me asking about the repertoire of the RAF bands in the 1990's! Under the heading of what-might-have-been, sadly one of our joint projects came to naught; an opera based on the life of the poet John McCrae.

Living so far distant from each other, we rarely met in later years, but his visit to New York with his wife Beryl in April 2003 was truly memorable. Upon arrival he requested that we should have lunch at the Oyster Bar in Grand Central Station, after which we spent the afternoon in conversation at my home in Brooklyn. A year and a half
later, Olive and myself visited Vancouver to attend performances of
three of my carols, our visit included a joint pilgrimage to the museum on the UBC campus; it was dusk when we departed the building, the atmosphere was magical, and was, in many ways, a fitting summation of our friendship.

Apart from his artistic creations, perhaps the thing that stays with me
most was his seemingly unflappable nature, and a finely-honed, and very dry, sense of humour, which would erupt at any time. I will miss him greatly.

Here are the details of the premiere of "The Coast of Oregon";: "The Coast of Oregon: The Quest for Aztlan"; - (a dramatic monologue) To be premiered by Nancy Wood (soprano), Paul Safar (piano), Dawn Weiss (flute), Diane Chaplin (cello), Florian Canzetti
(percussion), conducted by Keith Clark, at the Cherry Blossom Musical Arts 'Visual Music 2012' concert at Bodyvox, 1201 NW 17th Avenue, Portland, Oregon on March 29th, 2012 at 8:00pm.
Derek Healey