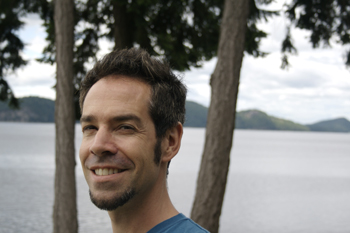 Review of the author's work by BC Studies:
Tracking the Great Bear: How Environmentalists Recreated British Columbia's Coastal Rainforest

Articles: 1 Article for this author
Tracking the Great Bear
Review (2015)


The Great Bear Rainforest on B.C.'s central and northern coastline covers an area three times the size of Prince Edward Island. The central figure in two new books that focus on the Great Bear Rainforest and the need to protect it is photographer-writer-activist Ian McAllister of Bella Bella. We asked Keven Drews to outline the big picture after reading McAllister's Great Bear Wild: Dispatches from a Northern Rainforest (Greystone $50) and Justin Page's Tracking The Great Bear: How Environmentalists Recreated British Columbia's Coastal Rainforest, (UBC $95).

In 1990, Ian McCallister joined his father, Peter McAllister, a past president of the Sierra Club of Western Canada, and other environmentalists, journalists and photographers for a one-week reconnaissance voyage to the remote Koeye River. Ian McAllister and his future wife, Karen Schulz, grew more interested in the area when they later saw an inventory map of habitat, compiled by Keith Moore, who was under contract with Earthlife Canada and Ecotrust.

To share their vision of protecting a 2,000-kilometre strip of coastal bear habitat from Knight Inlet to Alaska, the McAllisters and a few friends formed the Raincoast Conservation Society in 1990. A boat was needed to properly explore the area, so when Ian and Sally heard about a used trimaran sailboat for sale in Ontario, they bought the 36-foot Companion over the phone, with money from their treeplanting jobs. Neither had sailed alone before.

The McAllisters made seven pilgrimages in seven years, verifying Moore's inventory map and collecting stories and photos for a book that would engender the safeguarding of the bear habitat. Ian and Karen McAllister eventually chose the name Great Bear Rainforest for the region along with environmental activist Tzeporah Berman in San Francisco in 1996.

With a foreword by Robert Kennedy Jr., the McAllisters' coffee table book, The Great Bear Rainforest: Canada's Forgotten Coast (Harbour 1997), co-written with Cameron Young, quickly became one of the most influential books in Canadian history. Time magazine heralded Ian and Karen McAllister as "Environmental Leaders for the 21st Century.";

While touring Europe in March of 1998, Ian McAllister persuaded some pulp and paper companies to curtail purchases from B.C.-based operations accused of poor logging methods, to the consternation of the Forest Alliance of B.C. spokesman Patrick Moore.
The following month Greenpeace staged protests in Antwerp and 23 German cities that included the erection of a four-metre-tall inflatable bear atop the Canadian embassy in Bonn. Seven demonstrators were arrested. In Antwerp, 30 Belgian activists painted a 100-metre slogan on the hull of Saga Wind, a freighter carrying B.C. lumber. It read, "Don't buy rainforest destruction. Stop Doman and Interfor."

The British Columbia government eventually introduced measures to protect some of the Great Bear Rainforest in 2006, promising in February to allocate $30 million if the federal government matched that commitment. In February of 2007, the federal government pledged to spend $30 million to help preserve 1.2 million hectares of rainforest, the largest intact temperate rainforest left on earth. An additional $60 million was raised by private organizations and philanthropic groups.

Also a co-founder of Pacific Wild, another wildlife conservation group, Ian McAllister has won the Rainforest Action Network's Rainforest Hero Award and the North American Nature Photography Association's Vision Award. For his follow-up natural history title, The Last Wild Wolves: Ghosts of the Great Bear Rainforest, Ian McAllister tracked, photographed and wrote about wolves over a five-year period to win the BC Booksellers Choice Award in 2008.
*
In Tracking The Great Bear, Justin Page, an environmental social scientist for an environmental consulting company based in Vancouver called at ERM Rescan, identifies McAllister as the main member of an "actor network"; that has generated the 2006 conservation agreement. Page shows that conservation agreement was no small feat because the stretch of coast was "materially and politically aligned with the interests of the forest industry, and its uninspiring name was simply the 'Mid-Coast Timber Supply Area.'";

Page traces how environmentalists negotiated the agreement through a "linked series of processes."; That simply means they mapped the area, giving it boundaries and a physical description and shape; they published stories and photos of it; they shifted the focus and interest of fellow environmentalists to the area, capturing the world's attention; and they managed to woo forest companies and First Nations to support their cause. McAllister's work as a photographer in the field was fundamental. For instance, one of his photos was later used in an environmental advertising campaign in the New York Times.

Now Ian McAllister has released Great Bear Wild: Dispatches from a Northern Rainforest. Departing from the northern tip of Vancouver Island, he stops just to the north in the Triangle Islands and then visits First Nations communities like Hartley Bay, also stopping off at old canneries and trekking through the rainforest. His photos and narrative capture the rhythms of terrestrial and marine life. Images of bears, wolves, herring, anemones, sea stars and kelp, humpback whales, orcas and rainforests fill the pages. So fantastic are the photos, so vivid are their colours, they tend to distract the reader from the written word.

Many people already take the existence of the Great Bear Rainforest for granted, as if the area is sacrosanct, but parts of the Great Bear Rainforest are now being considered for the future home of liquefied natural gas plants and the proposed terminus of Enbridge Inc.'s Northern Gateway pipeline. Tankers could soon ply those same waters, carrying petroleum products from Alberta's oil sands to a port in the coastal community of Kitimat. The Great Bear Rainforest is also threatened-despite the 2006 agreement-by fish farms, industrial logging, seismic testing, unsustainable fisheries, and hunting.

"As Ian McAllister shows in this stunning book,"; writes Robert Kennedy Jr., "...this is a battle that pits apocalyptical forces of ignorance and greed against the welfare of our children and the rest of humankind. Great Bear Wild vividly demonstrates the high stakes of this battle.";

McAllister adds towards the end: "...most of these multi-billion-dollar fossil fuel transport schemes, including refineries and liquefaction plant proposals, are so ill-conceived and economically, culturally and environmentally flawed that they should be discounted outright.";

That declarative ending seems to enforce one of Page's central arguments: McAllister is not just targeting a general audience; his writing and photography is specifically crafted to appeal to people who may be convinced to back an environmental campaign. Saving bears, saving wolves, saving salmon. Saving ourselves.


[Keven Drews is a full-time journalist who is concurrently pursuing a Master's degree in creative writing at Pacific Lutheran University in Tacoma.]