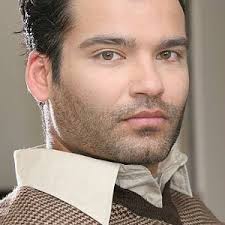 
The first non-fiction book for kids by Vancouver actor and writer Shaker Palega, Native Americans: A Visual Exploration (Annick Press $19.95) was chosen for the White Ravens Collection at the International Youth Library in Munich, Germany. Power Up!: A Visual Exploration of Energy (Annick $19.95) covers topics such as how the main sources of energy are harnessed; the reasons and effects of climate change; hot issues like the oil sands, fracking, and greenhouse gases; future sources of energy and more. It uses brightly coloured pages filled with charts, graphs and diagrams to appeal to visual learners and reluctant readers.

S.N. Paleja moved to Canada from India as a boy. He is an actor who has performed in theatres across North America, and appeared in numerous films and TV shows, including the role of "Ravi"; in the Syfy Network show Sanctuary. Other credits include Stargate SG-1, Battlestar Galactica, Smallville, The Day the Earth Stood Still, and Elegy. He has also been working on a novel for a number of years, which takes place in Bombay, India, where he was born.

He graduated from the University of Calgary with a BFA in Theater. He performed in a touring production of Robinson Crusoe, and in the Asian premiere of ARTat the National Centre of Performing Arts in Bombay, India.