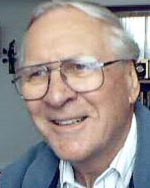 
Tim Parsons is a Professor Emeritus at the University of British Columbia and an Honorary Research Scientist at the Institute of Ocean Sciences in Sidney, B.C. He has published over 150 scientific papers on oceanography and several textbooks. He is the only Canadian to have received the Japan Prize from the Emperor of Japan, 2002. He was made an Officer of the Order of Canada in 2006.

Parsons' scientific interest is biological oceanography and particularly the application of oceanography for the solution of problems in fisheries and ocean pollution. His lifetime work has been to establish a new ecosystem approach for the management of fisheries using oceanographic information. He has followed a research program of developing methods, conducting large scale experiments using mesocosms and making observations in the Gulf of Alaska and the Beaufort Sea.

EMPLOYMENT OTHER THAN WRITING: UBC Professor of Oceanography/ Fed.Gov./Unesco, Paris