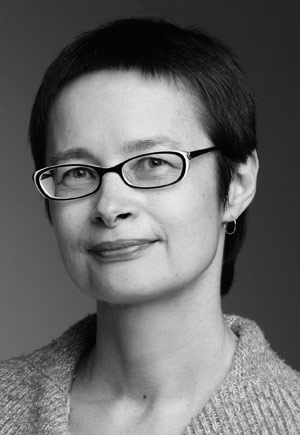 
Kaija Pepper contributes criticism and essays to several publications, including the Globe and Mail, Queen's Quarterly and thedancecurrent.com.

The Man Next Door Dances: The Art of Peter Bingham, her third book of Canadian dance history, was a finalist for the 2008 City of Vancouver Book Award.

Pepper has an MA in Liberal Studies from Simon Fraser University, where she teaches Critical Writing in the Arts. Currently, she is writing about dance within the frame of memoir.

EMPLOYMENT OTHER THAN WRITING: Editing, lecturing

Articles: 2 Articles for this author
The Man Next Door Dances: The Art of Peter Bingham
Promo


The Man Next Door Dances begins with Peter Bingham's formative years growing up in the 1950s and 1960s. Then, as his life begins to be driven by a passion for and commitment to dance, the focus is on the art and on the all-consuming creative act.

Studying Bingham's work so closely and gaining access to the choreographic process from behind the scenes - through video records, archival material and interviews with the artistic team - has been a great adventure. The result is an investigation of the "why" and the "how" of making dance from Bingham's perspective: Why choose this particular movement? Why make this dance at all? How to begin and how to keep going?

This might seem a bit like peeking under the magician's cape, but there was never any fear the magic would be revealed and the work would lose its luster. The art of dance is such a strange and wonderful thing ... surely, that it exists in this world at all will always continue to amaze.


When sailors and Hudson Bay Company employees performed aboard the H.M.S. Trincomalee in Esquimalt Harbour in 1853, it was the first recorded theatrical production (in the European tradition) in the yet-to-be named province of B.C. The first opera house opened in Victoria in 1885. A social club called the Midnight Adieu Club held fortnightly dances at Vancouver's first theatre, Blair's Hall, prior to the Great Fire of 1886. New Westminster's first opera house, Herrings, opened in 1887, four years before Vancouver's first opera house was opened by the CPR in 1891.

Anna Pavlova, Vaslav Nijinksy and Martha Graham are among the dozens of dancers whose appearances are recalled in Kaija Pepper's Theatrical Dance in Vancouver: 1880s-1920s (Dance Collection $21). Among lesser-known dancers profiled is Margaret Severn, who retired to Vancouver in 1971 and died in B.C. at age 96 in 1997. She became ballet mistress for the Ballet Russes de Paris after touring throughout North America in the 1920s, twice dancing in Vancouver. 0-929003-38-1