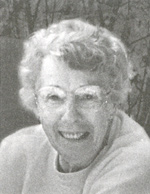 
You're on the Air (Sono Nis, 2000) is a selection of Sallie Phillips's radio broadcast scripts from the mid-1940s to the mid-1950s for private radio stations in Vancouver and also for the CBC, locally and nationally. Born in Midland, Ontario, in 1910, she moved with her family to Melbourne, Australia, in 1915. Eight years later, they settled in Vancouver. She attended UBC, studied in Paris, married and had two sons. After retiring in the late 1960s, she and her husband Dick travelled extensively and settled on Vancouver Island in 1972. They have lived in Victoria since 1986.