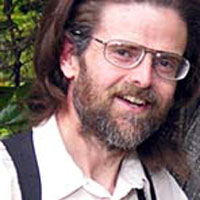 
David Pitt-Brooke's Chasing Clayoquot: A Wilderness Almanac (Raincoast 2004 $34.95; 2005, $22.95) is described as a political book about nature. The former veterinarian and Parks Canada employee escorts the reader on 12 monthly journeys to celebrate the environment that has given rise to some of the world's largest trees-and ongoing debates as to how they might best be protected. 1-55192-543-5

David Pitt-Brooke originally trained as a biologist and veterinarian. In addition to practicing veterinary medicine, his research and fieldwork involved falcons, caribou, rattlesnakes and grizzly bears. In 2002, he received the Science in Society Journalism award for his outstanding contribution. For more than 12 years Dr. Pitt-Brooke lived on the west coast of Vancouver Island.


Kalamalka Press will be launching the third book in its Mackie Lecture and Reading Series: Accommodation: A Dialogue of Culture And Nature, by David Pitt-Brooke and Christine McPhee, and both David and Christine will be there to give short readings. Both are fascinating and very different writers, and both focus on the relationships humans strike with the natural world, and how complex and almost inatrticulate those relationships can be. David is a naturalist most famous for his book, Chasing Clayquot, and Christine, who just completed an MA in Writing & Publishing at SFU, is a much published poet and essayist.