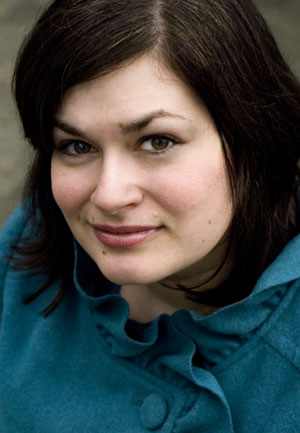 
Forget about taking hours to erect those balancing rock towers. Or spray painting subway cars in New York City. The hip thing to do is yarn bombing.

Stitch together a sweater for a parking meter. Knit a scarf for a tree trunk. Add woollen bolo balls to a statue. Mandy Moore and Leanne Prain's Yarn Bombing: The Art of Crochet and Knit Graffiti (Arsenal $19.95) includes "20 kick-ass patterns"; for knit and crochet installations, aka works of yarn that can be, ahem, donated to public spaces. Taking their cue from graffiti artists, a new generation of mostly urban knitters, with ninja-like stealth-almost entirely women (tattoos are optional)-are reclaiming the ancient craft of knitting in the name of feminism, pranksterism and art. Soon no fire hydrant will be nude. Crochet anyone?

In 2011, sales of Yarn Bombing were boosted by an article on the front page of the New York Times' Style section in May (1.5 pages); this was followed by stories in the Associated Press, the Today Show's blog, Forbes magazine, and Time magazine. A third printing was necessary in the summer of 2011.

"When I pitched Yarn Bombing: The Art of Crochet and Knit Graffiti," says Prain, "I had confidence that it would appeal to a niche group of crafters. Over the past few years, I have been astounded with the fervor that Yarn Bombing has received from mainstream media and non-crafters. Yarn Bombing has worked it's way into the popular vernacular. It has been used in cell phone campaigns in Ireland, mentioned by Queen Latifa on Martha Stewart, used by Arthur Black in an essay, and even been the subject of a Threadless t-shirt. The book has been a spark which has helped ignite knit graffiti into a worldwide social phenomenon.

"Yarn Bombing successfully connected knitters with the world of street art," Prain told BCBW. "I am hoping that my new book Hoopla: The Art of Unexpected Embroidery receives a similar response from stitchers. Modern crafters are not just hobbyists; they are artists, anarchists, advocates, protesters, and rabble-rousers. Both books strive to propel those who make handicrafts to broadcast political or social statements, and to create positive change in their communities. I hope that Hoopla will inspire stitchers to explore the age old tradition of embroidery as a modern method of communication and art."

It all started after Leanne Prain co-founded a 'stitch and bitch' called Knitting and Beer in Vancouver.

The art of storytelling takes many forms, but Strange Material: Storytelling through Textiles (Arsenal Pulp Press $24.95) lifts handmade materials from the rack and highlights crafters who incorporate storytelling into the mediums of batik, stitching, dyeing, fabric painting, knitting, crochet, and weaving. Textile storytelling joins needle and fabric to create personal memoirs, cultural fables and pictorial histories through a wealth of texture and colour. From chapters on the "Textiles of Protest, Politics and Power"; to "The Fabric of Remembrance"; Prain brings her passion for textile crafts, design, art and urbanism to the page.

In 2015, Prain was a coordinator of marketing and promotions for SFU Woodwards.