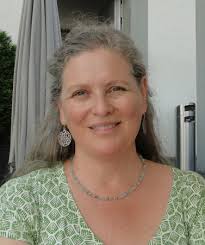 
Paula Pryce was raised in an inter-religious contemplative household and grew up with a fascination for the wisdom and myth of diverse cultures. She subsequently became a Social Sciences and Humanities Research Council of Canada Postdoctoral Fellow in the Department of Anthropology at the University of British Columbia. Her first book is Keeping the Lakes' Way: Reburial and the Re-creation of a Moral World among an Invisible People. It was followed by The Monk's Cell: Ritual and Knowledge in American Contemplative Christianity (Oxford University Press 2017), based on nearly four years of research among semi-cloistered Christian monastics and a dispersed network of non-monastic Christian contemplatives across the United States and around the globe. $74 9780190680589

Review of the author's work by BC Studies:
"Keeping the Lakes' Way": Reburial and the Re-Creation of a Moral World among an Invisible People


Barely known among First Nations of Canada, the Arrow Lakes or Sinixt Interior Salish have been 'officially' declared extinct. Paula Pryce's 'Keeping the Lakes' Way (UTP $17.95) investigates how this erroneous declaration was made and how contemporary Sinixt have responded. The author, who grew up in the historical territory of the Interior Salish, near Castlegar, recalls how pilgrimages have been made to an ancient burial ground and village site at Vallican, B.C. since 1989 to protect remains from archaeologists and road-builders. It's the first book devoted to the Sinixt people. 0-8020-8223-8