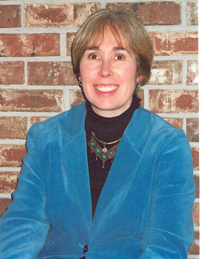 
Self-published crime novelist Debra Purdy Kong was born in Toronto on July 5, 1955. She has published more than 80 short stories, articles, and essays for publications in North America and England. She is a member of Crime Writers of Canada, Sisters in Crime, and Short Mystery Fiction Society. A former criminology student, she lives in Port Moody with her husband and two children.

Her first novel, Taxed to Death, features a Revenue Canada Agency auditor, Alex Bellamy. This character reappears in Fatal Encryption eighteen months after he has been fired from RCA.

Promotional material states, "Dressed as Kermit the Frog on Halloween night, an unemployed Alex Bellamy wonders where his life went wrong. It could be worse. A few miles away, Zachary Ternoway is stabbed at his front door. In need of cash, Alex agrees to help catch a computer prankster at McKinley's Department Store. But things turn serious when someone vows to permanently encrypt the store's data and torch the building unless ten million dollars is handed over in two weeks. Alex knows there's a connection between the murder and the extortion threat, yet time's running out. People are questioning his competency, and a killer's threatening his life."

In her first detective series novel The Opposite of Dark (TouchWood, 2011) a transit security cop named Casey Holland learns her father has been murdered in his West Vancouver home, except that Casey attended her father's open casket funeral three years before - and he never lived in West Vancouver. The plot thickens when Casey sees her father's body at the morgue.

The Deep End (TouchWood Editions $14.95) has Casey Holland seeing troubled teens in every direction. Her job, to monitor a group of juvenile shoplifters hopping the bus after crime sprees, puts the transit authority officer and her colleague under attack. At home, her ward, Summer, is dating a boy who is becoming increasingly manipulative, and during her first shift as a volunteer at Fraserview Youth Custody Centre, she's shocked to come face to face with her friend's grandson, Justin. Her shock turns to horror when the facility's director suffers a fatal heart attack in front of her. A second death quickly follows and rumours of illegal activities occurring at the centre pile up. Is Justin part of the problem or in potential peril? The violence escalates, and Casey fights to protect her ward, her friends, and the youths at the centre as danger threatens to change her life forever.

EMPLOYMENT OTHER THAN WRITING: Retail

Honourable Mention in the Short Fiction category at the Surrey International Writers' Conference in Oct. 2007

Beneath the Bleak New Moon (Touchwood 2013)


As her sequel to Taxed to Death, former criminology student Debra Purdy Kong of Port Moody has a second novel featuring a Revenue Canada Agency auditor, Alex Bellamy. Eighteen months after getting fired from the RCA, Bellamy reappears in Fatal Encryption dressed as Kermit the Frog on Hallowe'en night, wondering where his life went wrong.

In need of cash, Alex agrees to help catch a computer prankster at McKinley's Department Store, but things turn serious when someone vows to permanently encrypt the store's data and torch the building unless ten million dollars is handed over in two weeks. Along the way Alex gets implicated in a murder. He knows there's a connection between the murder and the extortion threat, yet time's running out. People are questioning his competency; a killer is threatening his life. 9780969921110