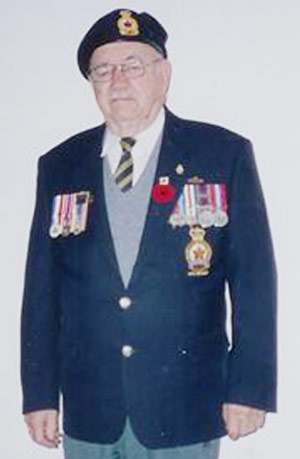 
From the early 1900s, Camp Vernon trained soldiers for the Boer War, WWI, WWII, Korea and peacekeeping. Hugh Rayment and Patrick Sherlock assembled Camp Vernon: A Century of Canadian Military History (Kettle Valley $49.95) from 500 pounds of research material. Independent writer/publisher George Matheson combined 429 photos and 50 illustrations for this comprehensive 544-page doorstopper. {In his foreward, historian and Camp Vernon trainee Pierre Berton recalls, "I have a confused impression of that first morning, when we discarded our civilian clothes forever and were herded, shambling and bleating, onto the parade square in the heart of that grey and somber camp in the rolling Okanagan hills. There we stood, with the fuzzy new battledress hanging slackly on our frames, the service caps sitting uneasily on our heads like fezzes, the gaiters buckled backward, the webbing hopelessly tangled, and the freshly greased rifles carried like truncheons. We were taught to do weird things. The weirdest of all was to hurl ourselves at a sack of straw, thrust into it with a bayonet while shouting Kill! Kill! Kill! and then jump on it while clobbering it with the butt of a rifle. Each barrack room, with its double row of two-tiered bunks, was like a cave hermetically sealed from intruders. When we entered, slapping our hands together to get rid of the chill of the night, a wall of suffocating heat almost drove us back. The scene was Dantesque: the stove, glowing red hot in the centre of the hut, causing our shadows to leap against the walls, and the blanketed figures, squirming, snoring, and groaning on their sheetless cots. In that dense atmosphere, as thick as soup, it was difficult to breathe; and the stench, compounded of rifle oil, sweat, Lysol, unwashed clothing, steaming greatcoats, old socks, boot polish, coal smoke, body odours, stale bedding, and even staler tobacco, was overpowering." Co-authors Hugh Rayment and Patrick Sherlock were retired veterans living in Vernon at time of publication.

Rayment was raised on a farm in rural Alberta. The House, self-published in 1997, is an autobiography. Depicting life in an Okanagan town, The House at the End of the Lane (2008) is a thinly fictionalized love story in which the names of real life characters have been changed.

ARRIVAL IN BRITISH COLUMBIA: May 1985

The House, The Cradle of Destiny (Trafford, 1997). Autobiography