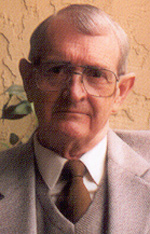 Premiers in Profile - The Good, The Bad and The Transient. Heritage House, 2000.
Images of History - Twentieth Century British Columbia Through the Front Pages. Orca. 1997

The Canadian Journey: Provocative Glimpses into Canada's Past. Detselig, 2006.

Born, raised and educated in Winnipeg, William Rayner joined the Royal Canadian Navy in 1947. After five years' service (including the Korean War), he embarked on a 34-year newspaper career as reporter, sports writer and editor. Upon early retirement in 1988, he began writing books about B.C. and Canadian history. He is is divorced with one child. His pursuits when not writing include reading, playing bad chess and passable Scrabble, and chasing tornadoes each spring.

At 86, veteran newspaperman William Rayner was legally blind and his fingers don't work so well anymore. That didn't stop him from e-publishing his debut e-novel, Flood Warning (Endeavour Press $3.99), described by Rayner as "a yarn about a father-son private eye team in San Francisco during the 1930s."