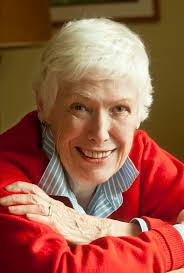 
Mary Razzell's young adult novels, Snow Apples (1984), Salmonberry Wine (1987) and Night Fires (1990) all concern a character named Sheila Brary who grows up in a small coastal B.C. village, as Razzell did. The character must cope with smalltown isolation, a philandering father and a houseful of brothers. In the first novel about sexual awakening, Sheila defies her conventional mother and pursues a romance with a handsome carpenter, only to become pregnant. The second novel follows her nurses' training in Vancouver; and in the third she's peripheral to the plot.

For her medical adventure Runaway at Sea (2005) Mary Razzell again draws on real events and her nursing background. In 1970, 16-year-old Anne McLaughlin-Scott in San Francisco yearns to live with her free-spirited aunt in Vancouver. When she runs into a childhood crush, now a draft evader heading north, he presents her with the opportunity to escape from her stifling family. Anne soon finds herself caught between a typhoid outbreak on a B.C.-bound cruise ship and a heroic doctor who's investigating the incident. Razzell also wrote The Secret Code of D.N.A. and Dark Secrets, based on the Brian character in the Northwood TV series. Partially set in the Queen Charlotte Islands, one story concerns Brian investigating the mysterious death of his Haida mother.

Born in Calgary in 1930, Razzell first came to B.C. in 1940 to live at Hopkins Landing. Her poetry, articles and short stories have been published and broadcast internationally and her novels have been shortlisted for the Canada Council Children's Literature Award, the Geoffrey Bilson Historical Fiction Award and the Sheila Egoff Children's BC Book Prize (three times). She married Eric Nicol. At age 85, she was a fourth year student at UBC, majoring in English literature.


A small but growing body of literature written for Canadian teenagers has developed in the last decade. Mary Razzell's young adult novel, Salmonberry Wine (Douglas & McIntyre, 1987), for example, is a sequel to her earlier, powerful novel, Snow Apples, which portrayed the angry female rite of passage of a 1940's teenager, Sheila, in a small B.C. coastal village. The first novel was about Sheila's steps towards independence, her sexual awakening and her painful abortion. Salmonberry Wine follows Sheila through a season of nurse's training in a Vancouver hospital. The conventions of the nursing career story, teen romance, and coming of age drama are combined and given a fresh, iconoclastic perspective as Sheila confronts rigid medical rules and social proprieties of the time. Salmonberry Wine recounts Sheila's journey of moral growth through life in the dorms, student rivalries, romance with an intern, conflict with authority figures and the unmasking of a doctor s incompetence involving a patient's death. --by Judith Saltman


It was a time of big bands, an uncrowded B.C. coast, a war weary world and young love.

Meg is 17, going into her last year at high school. She is determined to graduate and forge a career for herself. There is family pressure not to succeed, not to waste time and money on an education-because she'll just wind up getting married anyway. It's the 1940s. She is not supposed to have both.

Meg is not like her cautious best friend, Amy Miller. Meg is curious. Her body is starting to confuse her, but her head still rules. She is determined not to be forced into anything that doesn't feel right.

Around her she sees adults behaving badly. In a coastal town called The Landing (think Sechelt or Gibsons), the adults all seem to be having affairs, contemplating divorces, sharing the same lover and fighting with their spouses. Her small community is a mini-Peyton Place, stirred up by one family of males in particular-the Pryces.

Meg takes up with Glen, one of the younger Pryces, because he's handsome. He also seems different from his father and his brothers and his half-brothers. Less reckless. At first he appears happy to be just 'friends.' That doesn't last.

Meg is busy working part-time at a lodge for the summer, dancing to the tunes of Glenn Miller and Count Basie in the evenings, learning to play tennis with Glen, and missing Amy, who has gone off to Vancouver. While working for Mrs. Hanson at the lodge, Meg meets her son, Bruce. Older and sometimes rude, stand-offish and abrupt, Bruce has been sent home from the war, badly burnt in a torpedo attack and still only partway through his treatments.

Bruce begins to interest Meg. She is turned off by Glen's sexual aggression. There are other boys in the picture as well: Meg's brilliant chemistry partner, Jack, who has just arrived in the area, and a young man serving in the war whom Meg agreed to take on as a pen pal but discouraged once he began seeing the correspondence as a prelude to something more.

That's the set-up for Mary Razzell's ninth young adult novel, Taking a Chance on Love, an engaging narrative that emanates a strong sense of place and of time-the daily arrivals of the Union Steamships, the boating and beach activities. It was a halcyon world in a time when young people could walk miles along country roads and parents never worried where their children were.

The story is poignant because the heroine's seemingly perfect time existed when a world war was decimating an exhausted world. Girls such as Meg had far fewer opportunities to choose the direction of their lives. It is difficult not to presume that much of this convincing story is autobiographical.