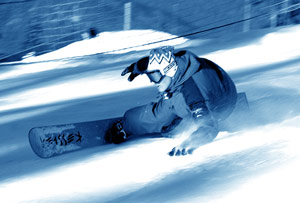 
Ross Rebagliati of Kelowna won the first gold medal for snowboarding during the 1998 Winter Olympics in Nagano, Japan, but had the medal revoked after he admitting to smoking marijuana. The controversy that ensued resulted in its return to him as a rightful recipient. He later became director of snowboarding and skiing for Kelowna Mountain and founder of the Rebagliati Alpine Snowboard Training Academy (RASTA). Rebagliati's Off the Chain: A Renegade History of Snowboarding (Greystone 2009) examines the rise of snowboarding from its hippie beginnings to a $150-billion global industry. The expression Off the Chain is boarder slang for extreme, wild or radical.