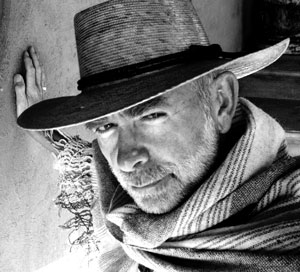 
Well-travelled cinematographer PJ Reece (not P.J. Reece) has also spent time in East Africa as a hydrometeorologist. He has set his realistic novel for mature teens, Roxy (Tradewind $12.95) in Greece. It's the story of a secretly pregnant teenager who visits the deathbed of a grandfather she's never met and uncovers family secrets and complications--while also falling in love with handsome Georgio "...every kiss and touch arose from nowhere. Everything was unfolding perfectly for us shipwrecked lovers, two accidental secret keepers floating away in each other's arms." Roxy's grandmother died in childbirth when she was the same age. This is sophisticated fiction, equally suitable for adults.

Reece's first book for teens was Smoke That Thunders (Thistledown 1999).

From a promotional website: "Raised and schooled on Canada's northern prairie, Reece graduated from the University of Alberta in 1967 with a Geography degree, then signed on with CUSO (Canadian University Service Overseas) to conduct a hydrological survey of the rivers in Central Africa. For 15 years, Reece worked as a cameraman/director pioneering the film industry in Alberta. Known as a cameraman who could travel, Reece's overseas shooting climaxed with four years documenting the Aga Khan's development projects in Asia and Africa. After trading camera for keyboard, Reece studied dramatic writing but emerged once again into the documentary field where he has written, story edited, and directed scores of episodes for American and Canadian network series. Reece is a contributing writer to The Vancouver Courier and teaches writing at Langara Community College. His second novel, Isthmus, was published in 2006."

Reece told the TRT Book Club in February of 2010: "I think writers have an obligation to speak the truth, don't you? Trust me, it's what makes writing so frighteningly exciting. You start hammering on the keyboard and all these buried feelings and taboo subjects start coming up. It would appear that the deeper they're buried, the more they want to spew themselves across your blank page. Teenage pregnancy would seem to be one of these topics-or so I'm discovering from some early reviews of my new novel, ROXY (Tradewind Books, 2009). If only someone had told me that teens weren't supposed to be depicted as sexual beings!

"Another theme that's infected my recent protagonists lately is, 'in the opposite of our principles lies the truth.' I'm not even sure it's true. But my fictional heroes are suffering greatly to prove that it's so. If they are to be believed, we develop principles early in life to avoid 'inconvenient truths'. Roxy (she's the pregnant one-shshshsh!), finds her old belief systems turned upside down. Her most precious symbol becomes a point of shame. And the one person in the world she thought she hated turns out to be her salvation. Hmmm. Maybe life is like that. Of course it is. All upside down. At least, it is for those who risk going into it deeply.

"Okay, here's my point - we're so delightfully addicted to books and movies because the struggles of the hero point the way to the truth. A good story - whether it means to or not - shows us that the human journey is all about becoming wiser. Even in small ways. And in this crazy world, we need all the assurance we can get."

The late humorist and CBC Radio personality Arthur Black praised PJ Reece's collection of short stories, Throw Mama from the Boat: And Other Ferry Tales (Rolling West 2018) for being funny and weird. Others simply describe the stories as whimsical. The author himself says his initial aim was to run with the absurd, and that by staying on this track “soon it develops its own reality.”