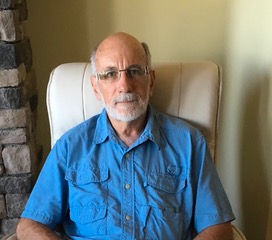 
W. Keith Regular is a retired high school teacher and principal who lives with his wife Anne in Cranbrook. He began teaching Newfoundland before moving to Elkford Secondary School, in Elkford B.C., in 1986, and retired from there in 2014. Keith holds a Ph.D. from Memorial University of Newfoundland and is a specialist in southern Alberta Native and Newcomer economic interaction at the turn of the twentieth century. His book Neighbours and Networks: The Blood Tribe in the Southern Alberta Economy, 1884-1939, was published by the University of Calgary Press in 2009. He is currently researching the murder of Alberta Provincial Police constable Stephen Lawson in Coleman, Alberta, in 1922, and the subsequent hanging of his Italian immigrant killers after a trial that garnered national and international attention. Keith enjoys researching Aboriginal history and the history of the Crowsnest Pass and Elk Valley areas of Alberta and B.C.