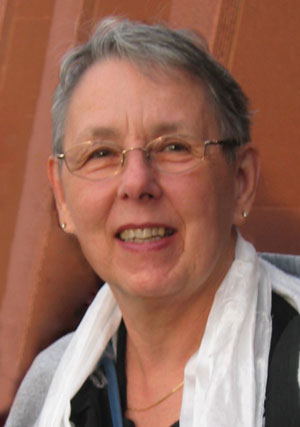 
A retired elementary school principal who lives in Vancouver, Donalda Reid was captured by Rwanda Hutu militia in the Congo in 1998 while on a gorilla viewing trek. Proceeds from the sale of her memoir, Captive: A Survival Story (Off the Mountain, 2008) help support African Grandmothers living with AIDS through the Stephen Lewis Foundation.

Reid's first young adult novel, The Way It Is (Second Story Press $11.95), is a highly engaging 1960s-era tale of a gifted, young woman whose advanced education is interrupted by a family move to Salmon Arm from Vancouver. Eager to become a medical doctor while still in her teens, the protagonist Ellen Manery befriends the outsider Tony Paul, who attends her high school but lives on the nearby Indian reserve. Their belief in one another enables them to overcome the hurdles of sexism and racism.

Donalda Reid is widely travelled (Namibia, Botswana, Zimbabwe, Kenya, Tanzania, Uganda, Democratic Republic of Congo, Rwanda) and also explores the world through drawing, painting and photography. She is a member of the Federation of Canadian Artists and is active in the Grandmothers to Grandmothers Campaign.