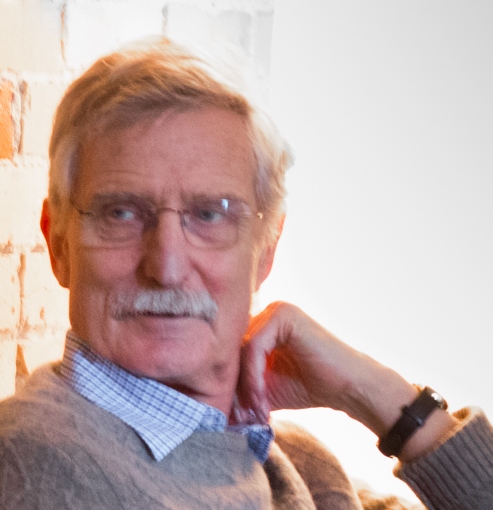 
Graham Riches' Food Banks Nations. Poverty, Corporate Charity and the Right to Food (Earthscan/Routledge, 2018) has been described as a critique of domestic hunger in the rich (OECD) world. Riches outlines the moral vacuum at the centre of neoliberalism "driven by the corporate capture (Big Food/Big Ag) of food charity (US style food banking with Canada's support) and its false promises of solidarity with the poor." He presents a human rights counter-narrative to the feeding of 'left-over' food to 'left behind' people and explores the role of civil society to hold indifferent governments to account.

"The sad fact is," wrote Graham Riches in The Guardian in December, 2014, "that in Canada, with its 30-year track record of increasingly corporatised food charity, recent national data shows that one in eight households or 3.9 million individuals (11.6% of the population) are still experiencing food insecurity."

To combat increased hunger in the so-called First World, Riches opposes the long-term institutionalisation of food banking because it diminishes political appetite for progressive reform.

"The long-term entrenchment of the Canadian food charity industry," he writes, "has fostered the de-politicisation of hunger and its social construction as a matter primarily for community and corporate charity, and not a human rights question demanding the urgent attention of the state.

"Today, Canadian public perception of food charity is that it should take care of domestic hunger. Governments can look the other way.

"As leading US food policy expert Janet Poppendieck argues, food charity's primary function is one of "symbolic value"; ... "relieving us of guilt and discomfort about hunger";, while serving as a moral safety valve as hunger marches on.

"Food banks are part of the problem, not the solution to food poverty.

"So what's to be done? Even Food Banks Canada now acknowledges that food charity is unable to address food insecurity over the long term; and as Finnish food policy expert Tiina Silvasti says: "In spite of goodwill, charitable food aid is nothing more than a gift. It is not a collective right or entitlement that can be claimed by a hungry person or by a family in need of food."

In in his new book, First World Hunger Revisited: Food Charity or the Right to Food? (Palgrave Macmillan $36.99). Riches explains why First World political parties should revisit the right to food, and think through its practical application for addressing food poverty.

"Make the moral, legal and political case for its entrenchment in domestic law," he has written, "and set an international standard for first world wealthy societies. The point is this: charity is never the answer to food poverty.

"In the words of Louise Arbour, former Canadian supreme court justice and UN high commissioner for human rights: "There will always be a place for charity, but charitable responses are not an effective, principled or sustainable substitute for enforceable human rights guarantees.";

Riches lives in Qualicum Beach where he conceived his fourth book, First World Hunger Revisited, co-edited and written with authors from around the world.

In First World Hunger Revisited, Riches has generated an expose of the hidden functions and limits of food charity and corporately sponsored food banks as primary responses to widespread domestic hunger and income poverty in twelve rich 'food-secure' societies and emerging economies (Australia, Brazil, Canada, Estonia, Finland, Hong Kong, New Zealand, South Africa, Spain, Turkey, the UK and the USA). It doubles as a critique of the lack of public policy and political will in achieving food security for all.