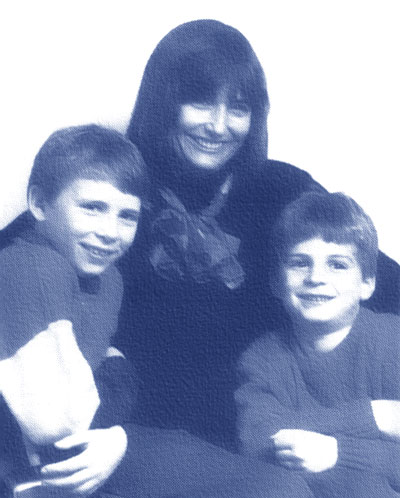 
Sandra (Sandi) Richmond of West Vancouver died on December 3, 1998 after a five-year battle with breast cancer. She was born in Indonesia in 1948 and brought to Vancouver two years later. A mother of two sons, she also worked as a teacher in Richmond and Kelowna. Based on her own accident that made her into a quadriplegic, her teenage novel Wheels for Walking (Douglas & McIntyre, 1983) is about a young heroine who is confined to a wheelchair after her spine is damaged in a car accident. It was republished by Groundwood Books / House of Anansi Press in 2009. Royalties will go to the BC Cancer Society and GF Strong Rehabilitation Centre's spinal research program.

Richmond's manuscript book Shoot to Score, inspired by her hockey-playing sons, was due for publication when she died.

PHOTO: Sandra Richmond with her children, Jim and Mike.