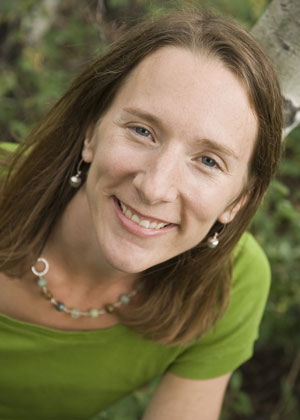 
Clea Roberts's first book of poetry, Here is Where We Disembark (Freehand Books, 2011), is described as a "perceptive ecological reading of Canada's North past and present." Based on her experiences in northern BC and the Yukon, these poems have been described by Don McKay as "exquisite frostbitten brevities."

Here is Where We Disembark was a finalist for the League of Canadian Poets' Gerald Lampert Award, nominated for the ReLit Award, and was translated into German and Japanese. Roberts lives on the outskirts of Whitehorse, Yukon Territory and facilitates a workshop on poetry and grief through Hospice Yukon. She is also the Artistic Director of the Kicksled Reading Series.

Review of the author's work by BC Studies:
Here is Where We Disembark

Many of the poems in Auguries are again grounded in the northern landscape and its seasons; titles such as "February,"; "Winter Sunday,"; and "Spring Snowfall, Melting"; set the mood for this elusive, often haunting collection.

Though for most readers Yukon is remote from the centre, the poet makes its life inviting: there are white-tailed deer, wolves, marmots, corvids, and cranes that kettle "on the verge of an alphabet."; And the northern skies display themselves in sundogs and aurora borealis.

The speaker thus situated, despite "black, impenetrable mornings,"; cleaves to "the reliable depth of winter"; because, as she cryptically states, being "a winter person ... implies improvement.";

On the cover we are told that the author became a parent and lost a parent while writing. The love for a husband who "steps lightly"; and for a baby whose cry produces the "delirium"; of "an exotic flower"; provides a rich though guarded intimacy to this book. She says to her husband: "I guess you are happy / even though it's February / and we're a little crowded by our shadows.";

But in another poem she warns us that "happiness is for amateurs,"; and losing a parent begins to take haunting shape in this collection. Details about the mother's illness are few but they are precise and sobering: hands that once "poured tea from a silver thermos"; and "fixed light to canvas with oil paint and brush"; also "fly out and flap wildly."; In "Storytelling"; mother and daughter, thinking of the past and future, "fumble for the narrative"; that will cushion the coming blow of her death. But despite the doctor's statement that the mother's "lungs crackle / like footsteps / in the snow"; and her legs no longer work, the poet-daughter believes that her mother has already "thrown open the door / and ... [is] springing into / the dazzling whiteness"; of that world opening inside her. A poem of acceptance perhaps, of reconciliation, even joy.

But within a group of poems titled "Spring Planting"; there are four brief metaphorical accounts of grief that shock with their precise, uncompromising truths: grief likened to a slow river that never freezes to the bottom; like a scavenger that locates the songs of mourning; like a burled log that can hold up the porch roof for years and greet everyone who comes to the door; but then, suddenly, like "spooked horses / in a storm / and you can't / find your coat."; It seems to this reviewer that Clea Roberts is writing here like Emily Dickinson, achieving an art of essences that is profound, limitless, and that like an augury can spook the reader.

David Stouck is an editor and biographer. His latest book is Arthur Erickson: An Architect's Life (Douglas & McIntyre, 2013).