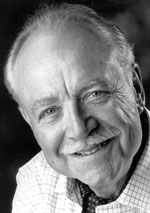 
Most widely known as a late-blooming actor, Alan Robertson recalled his transition 'from grade school to bomber pilot' from 1938 to 1945 in his self-published war memoir The Last Generation (2001).

Born in London in June of 1923, Robertson joined the RAF on New Year's Day in 1941 and remained as a pilot until July of 1946. He became a flying instructor for the RAF at RAF Cranwell. Retiring from the RAF, he immigrated to Canada where he completed graduate studies in theatre in Carnegie-Mellon University. In 1969, he joined the theatre faculty at the University of Calgary where he eventually became Dean of Fine Arts, retiring in 1987. Upon moving to Vancouver, his acting career led to a Leo Award for Best Actor in the film Grave Decisions. He moved to Victoria in 1998.