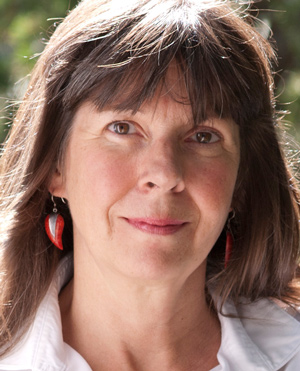 Her first short story collection, Saltwater Trees (Pulp Press, 1991), received the Writers Guild of Alberta Short Fiction Prize in 1992. A follow-up collection, Lovely in Her Bones (Arsenal Pulp, 1993) was dedicated to her sisters. Both were published when she was living in Calgary. She was co-recipient of Event magazine's Creative Non-Fiction Prize in 1992.

J. Jill Robinson delves into the intricacies of mother-daughter relationships with More in Anger (Thomas Allen $24.95), a novel about emotional inheritance. As the legacy of anger trickles through three generations of the Mayfield family, the youngest daughter Vivien struggles to become the first to break the chain. Robinson has previously excelled at short fiction. 978-0-88762-953-2

Robinson and her partner Steven Ross Smith, also a writer, are frequent visitors to Galiano Island, but live primarily in Banff. She previously lived in Calgary and Saskatoon.