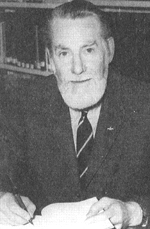 
William Rodney taught history at Royal Roads Military College in Victoria and served in the RCAF during World War II. A fellow of the Royal Historical Society, he obtained degrees from the universities of Alberta, Cambridge and London. He wrote a biography of Kootenai Brown and a study of left wing politics in Canada entitled Soldiers of the International.