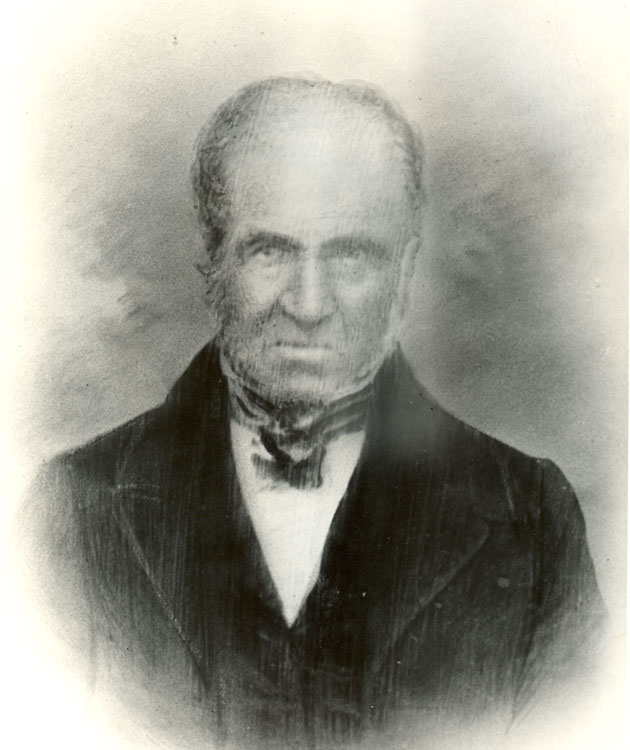 
Alexander Ross arrived in the Pacific Northwest aboard the ill-fated Tonquin, commanded by Captain Jonathan Thorne in March of 1811. He provided one of the best descriptions of the treacherous waters at the mouth of the Columbia River, known then as the Columbia Bar, but later known as Peacock Bar, in commemoration of the United States Exploring Expedition sloop-of-war Peacock that was wrecked there in 1841:

"The mouth of [the] Columbia River is remarkable for its sand-bars and high surf at all seasons, but more particularly in the spring and fall, during the equinoctial gales: these sand-bars frequently shift, the channel of course shifting along with them, which renders the passage at all times extremely dangerous. The bar, or rather the chain of sand-banks, over which the huge waves and foaming breakers roll so awfully, is a league [three miles] broad, and extends in a white foaming sheet for many miles, both south and north of the mouth of the river, forming as it were an impracticable barrier to the entrance and threatening with instant destruction everything that comes near it.";

Two years after Ross' arrival, the HMS Racoon under Captain William Black became the first warship to cross the bar, but was severely damaged during its exit and forced to make repairs in San Francisco.

Having left Scotland in 1804, Alexander Ross tried his hand at teaching, but later became a clerk in John Jacob Astor's Pacific Fur Company. Astor, influenced by his dinners at the Beaver Club in Montreal, hosted by Alexander Henry (the Elder), had founded the American Fur Company in 1808 and then the Pacific Fur Company in 1810 in response to trading opportunities he foresaw in the wake of the American expedition of Meriwether Lewis and William Clark in November of 1805. Astor's partners in this enterprise included John Clarke, Duncan McDougall, Alexander McKay, David Stuart, Robert Stuart, Donald McKenzie-all formerly affiliated with the Nor'westers-as well as St. Louis trader Wilson Price Hunt, Gabriel FranchÃ¨re and Jean Baptiste Perrault of Montreal.

Alexander Ross would be one of the most steadfast of the Astorians before it became part of the North West Company. He described how the the Astorians of the Pacific Fur Company struggled to establish Fort Astoria near the mouth of the Columbia River when he became one of the first year-round European residents on the Pacific Slope. With a Chinook dictionary and Ross' own speculations on the "Origin of the Oakinackens,"; Ross' fur trading memoir entitled Adventures of the First Settlers on the Oregon or Columbia River frankly recalls his career as the second European to reach Kamloops and the first European in the Similkameen Valley.

Alexander Ross reached Cumcloups ("the meeting of the waters";) in 1812, after David Stuart of the Pacific Fur Company had seen the junction of the North and South Thompson Rivers in 1811. Ross took a wife from among the local Okanagan (or Okanogan) tribe and they had at least three children. She went with him to Manitoba when he retired to the Red River Settlement in 1825, and he later became sheriff of Assiniboia. He died in 1856. She died in Winnipeg in 1886.

Ross, Alexander. Adventures of the First Settlers on the Oregon or Columbia River; being a narrative of the expedition fitted out by John Jacob Astor to establish the "Pacific Fur Company;" with an account of some of the Indian Tribes on the coast of the Pacific (London: Smith, Elder and Co., 1849; Chicago: R.R. Donnelley, 1923; Lincoln, Nebraska: University of Nebraska Press, 1986; Oregon State University Press, 2000).

Ross, Alexander. Red River Settlement; its rise, process and present state. With some account of the native races and its general history, to the present day. (London: Smith, Elder & Co., 1856).

Articles: 2 Articles for this author
Letter to Alexander Ross’ sister in Scotland (1822)
Excerpt


...I shall now give you a brief outline of my own adventures. I had not left my father's house in 1804, two days, before I sincerely regretted my undertaking, but that false pride so peculiar to our country people, would not allow me to turn back, so I advanced, and as I advanced mourned my fate all the way to America and for some years afterwards. After living a year in Lower Canada, in the capacity of schoolmaster, I found my purse, notwithstanding the strictest economy, to have sunk as low as two shillings and six pence in all, and although my father had given me an order to draw some money I never would do so. With this small pittance, therefore, I set out in 1805 for the Upper Province of this dissolute, extravagant and butterfly country. There I was something more successful, at least earned a livelihood in a genteel manner by teaching school, an occupation which I was not altogether calculated for. At the end of 1809 I had only saved about one hundred dollars in cash, and purchased about 300 acres of land, and this property still remains in Canada. In 1810 I embarked as an adventurer in a new concern, called the Pacific Fur Company, for this country. On the way thither we passed Cape di Verde Islands, Falkland Islands, Terra del Fuego, Magellan, Cape Horn, the southern promontory of America, Chili, Peru, Sanwich Islands, where the memorable Captain Cook was killed, and, after sailing across the North Pacific Ocean, lauded here in 1811, where we, according to our original plan, endeavored to establish a fur trade among the natives. But such a train of melancholy and tragical misfortune followed as would be even too shocking, if not too long, to relate. Our ship was taken by the Indians, twenty-three of our people murdered on the spot, eight drowned and the others deprived of every resource, had to struggle between hope and despair for three years, when the small remains made their way across the continent to Canada. I alone, of this small but adventurous band, stood my ground, determined either to succeed or die in the attempt. When a new company happened to come to the country, called the 'North West Company,' I joined it in 1814, nearly as barehanded as when I left Canada. Since that period, however, I have been more successful. But that company is now extinct, and ended last year. I, still unwilling to leave the field of action empty-handed, have joined the company which succeeded the North West Company, "The Honorable the Hudson's Bay Company," trading from London to Hudson Bay. I intend leaving this country, however, however, this ensuing year; indeed, my health demands it.

I have had lately a severe trial of sickness, nor am I yet well, so far from it that I intend to set out in two days hence on a journey of 100 miles to see a doctor, and not sure of meeting one then. Such is the country I live in ...


I left Fort Nez Perces, where I had been for nearly six years, stationary I may say, and proceeded to the head Water's of the great Columbia, being upwards of 1,100 miles in length, being then so far on my way out of this country. From thence, however, my business called me in another direction, so here you see me at the foot of the great Rocky Mountains, or backbone of America. You will, no doubt, wish to know where my next tack will be. It is then briefly this, I am to leave this place in a day or two at the head of fifty men during one year, for the purpose of exploring for the Honorable the Hudson's Bay Company, all the southern parts of the Rocky Mountains, and to try and open a trade with the following Indian tribes, viz., the Snakes, the Misstipps, the Sarsees, Corbeaus, Gros Ventres, Cheyennes, Peigans, Blackfeet, Blood Indians and others yet unknown. The nature of such a voyage, and the danger attending it, can only be known by those who have been for a series of years dealing with rude and bloodthirsty savages. If God spares my safe return, I will be able to give you an interesting detail. Arduous as the undertaking is, I do not despair, therefore, I hope my Friends will keep courage, I expect to get safe back. I expect to go yet and see you all alive and well.

Many young gentlemen from Scotland are in these parts. It is a true saying, that Scotchmen are all over. They get letters pretty regular, I alone am neglected, but what did I say? I do not mean neglected, my letters have miscarried. Have you got any acquaintances in London? By that means our correspondence might be much more regular. When this comes to hand do not fail to let my poor, aged parents know that I am well.