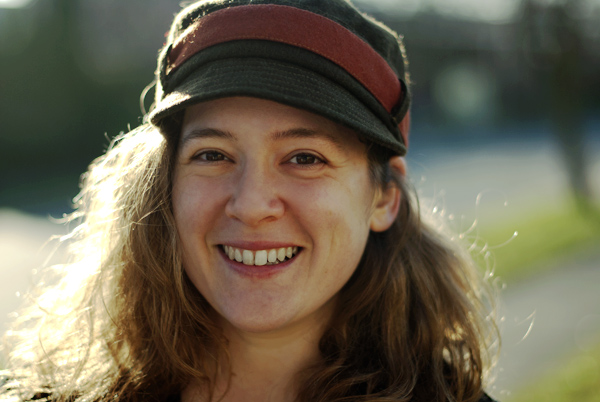 
Co-founder of Victoria's LoudSpeaker Festival, Andrea Routley, edited the anthology Walk Myself Home. She is also the founder and editor of Plentitude Magazine, Canada's queer literary magazine. It publishes established and emerging LGBT writers including British Columbians Amber Dawn, Brett Josef Grubisic, Betsy Warland, John Barton and others. Her own writing has appeared in various literary magazines such as Malahat Review and Room. Routley was shortlisted for the Rona Murray Prize for Literature in 2008. She has since worked as a publicist for Caitlin Press.

Andrea Routley's short story collection Jane and the Whales (Caitlin Press, 2013) was a finalist for a Lambda Literary Award (Debut LGBT fiction category), which is the international LGBT book awards (English language). "I'm torn between going to Haines Junction, Yukon, where my sister lives, and NYC for this big bash," she commented at the time, "which is sure to be an all-nighter."

According to publicity materials: "Many of Routley's characters suffer loss, shame and guilt. But the promise of clarity comes only with doubt and that frightening unravelling of certainty... On the verge of divorce, and in a pot-induced haze, Tom Douglas prepares to roast a pork shank in his new-and contentious-Authentic Italian Brick Oven, but some surprise visitors threaten to spoil the dinner. In a story set in 1997, the last earthbound member of a Hale-Bopp suicide cult reconsiders her final act. After being accused of sexual harassment, a sharp-witted but naÃ¯ve teenager discovers a surprising truth about her teacher. In the title story, Jane is on a quest to discover the meaning of her uncontrollable astral projections, which always lead her back to the same diminishing gay bar. Violence, transmutation, log booms, tenderness, a game of Bat and Moth-all have a role to play in these wildly diverse stories."