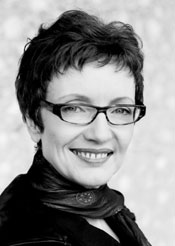 
Mari-Lou Rowley grew up in Saskatoon and started writing poetry seriously at age 18 as a member of Anne Szumigalski's poetry group. She attended the University of Saskatchewan where she studied Literature and Classics, including ancient Greek. In 1976, after travelling the country with an ex-Hungarian freedom fighter, she moved to Edmonton. Two years later, at 27, she worked as an advertising manager for Eaton's in Northern Alberta, in charge of a six stores. In 1983, she moved Toronto and worked as marketing director for two major developments. "I won national and international awards, increased sales, and burnt out." she says. 'Downsized' with severance, she spent much of one summer on the Toronto Islands writing "a Knife a Rope a Book."

Rowley moved to Vancouver in 1993 with artist Robert McNealy. In 1994, she entered SFU's Graduate Liberal Studies Program and did her thesis on technology and the 'self.' She also started Pro-Textual Communications, specializing in science and corporate writing. She has co-authored Vancouver's drug strategy document A Framework for Action: A Four Pillar Approach to the Drug Problem in Vancouver, which has been distributed world-wide and translated into several languages. She has frequently attended Saskatchewan Writers and Artists colonies and attended the 2003 Banff Writing Studio.

While pursuing an interdisciplinary Ph.D. at the University of Saskatchewan in new media, plasticity and empathy, Mari-Lou Rowley released her eighth poetry collection, Unus Mundus (Anvil 2013), a celebration of science as it provides mankind with a new cosmic vision. It received Book of the Year and Best Poetry Book nominations from the Saskatchewan Book Awards.

EMPLOYMENT OTHER THAN WRITING: