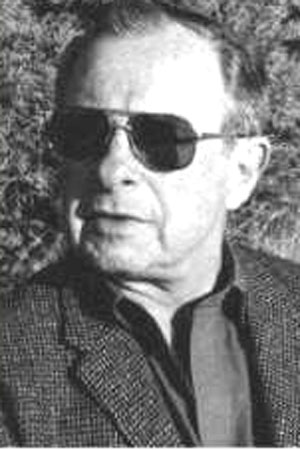 
Never mind the typographical and spelling errors. Or the poor reproduction quality of the b&w photos. One of the most riveting memoirs you're not going to come across is Klaus G.M. Sturze's From War to Peace, an account of surviving as a boy in post-war Germany. Jerzy Kosinski's fictionalized A Painted Bird and "boy soldier" Ishmael Beah's A Long Way Home quickly come to mind, but both were skillfully embellished and/or edited, whereas Sturze's simply written account of his post-World War II privations is impossible to distrust.

Sturze' relative lack of sophistication as a writer serves to enhance the believability of his naive perspective as an innocent. So it reads like a novel.

"I will never forget the night in January 1945," he begins. "I wasn't yet ten years old. It was dark and bitter cold. We were standing on the platform for passenger trains in Breslau, Germany. Mother, her sister Lotte, whom we [had] been visiting, and I. Mother had suddenly decided we would go back to Schmuerckert, where we lived, a small town in Poland. A two-hour ride away. We found sheer pandemonium at the train station."

Sturze's mother is a resourceful woman who has befriended many "uncles" to make it through the war. She miraculously gets her children to the Polish town only to learn the dreaded Russians are rapidly advancing. Either the Poles will kill them, or the Russian soldiers will rape Sturze's mother, so they join a phalanx of starving Germans, in horse-drawn carts, desperately trying to reach Berlin in the snows of January.

So begins a seamless nightmare--completely fascinating when safely viewed through the rear view mirror of time--dedicated to all children surviving a war.

Details have been burned into Sturze's mind. "The horror and the tragedies of the war were with us every day and still is hounding me fifty years later," he writes.

Initially we assume the mother is saving her child with heroic ingenuity. That is his perspective. She repeatedly outwits and overwhelms figures of authority, using either sex or anger, or both. But the truth is uglier. From War to Peace is doubly alluring as we grasp the narrator's emerging understanding of his manipulative mother.

"She never wanted me. She had told me this often enough, but she was not willing to give me up either. It was too much of an advantage to have a little kid around in times like this... I was to learn later on in life, as I had grown up, she had dumped me on my father when I was six weeks old and made off with another man... My father managed somehow to get my mother to live with him again when I was three years old..."

Evil begets evil. His mother has repeatedly used him to gain money and sympathy from her many lovers (including SS officers during the war). When he reaches his teens and earns money as an apprentice in a hotel, his mother steals money from him. With half the city in ruins, at age fifteen, Klaus asserts his independence, escaping from her tyranny.

In the mid-1950s, newly married, Klaus hopes to immigrate to Canada with his new wife and daughter. Estranged from his mother, he meets her in a cafe and asks for a loan. She replies, "Do you think I'm stupid? I'll never see my money again. No way. You got a good looking wife. She can go and make some pussy money." Appalled, Klaus calls her the dirtiest human he has ever come across. It was the last time he ever spoke to her. "Even her cries for me on her deathbed could not move me to see her. I had no feelings for her. She didn't exist for me."

Conversely, Sturze's simple descriptions of his sexual awakenings as a boy and teenager are touchingly candid, sensitive and deeply appreciative of women. This strange friction between his loathing for his mother and his admiration for female contact lends a necessary poignancy--we are on his side, we accept him as an individual storyteller beyond his platform as a victim of war. Every time he recounts an episode about the dawning of sexual relations, it serves as a beautifully rendered oasis within the narrative; a jarring reprieve, a detour towards health.

Evidently intense cruelty and privation can magnify beauty and joy. Similarly, the strength of the author's affection for Canada as a haven in which he has thrived is likely derived from the depth of his bitter resentment of Nazi Germany and Soviet-occupied Germany.

There is an inelegant Afterword that any commercial publishing house would likely expunge or sanitize. Under the word Epilog [instead of Epilogue], we learn:

"Looking back today, I think the Nuernberg [Nuremberg] trial missed its mark. The maniacal and unconscionable leadership of the Nazi government should not have been hung, even though they deserved it. The death penalty was way too good for them. It was all over within a second.

"There was no suffering. The terror and the slaughter, caused by them, to humans of all nation[s] involved, was horrendous. I think they should have been sentenced to life in prison at hard labor and received every Sunday five lashes with the whip, until they died in prison. All of the inner government were guilty, because they all saw the slaughter and no one was willing to put an end to it."

There are thousands of heartfelt and necessary first-person testimonies by Jews and others who suffered under the Nazis, and who lost their loved ones to atrocities and other police state machinations; Sturze's perspective as an innocent German child is alarming in its own way. Here is the collateral damage of despotism and racism. From an historical perspective, this is second class horror, but not for the individuals who absorbed it.

The perpetrators of evil didn't suffer; the child in Klaus Sturze did. He is angry about it, and haunted by that injustice. From War to Peace is the mirror image of a real life, an act of truthfulness, so unfettered by pretension that it is artful. It was self-published in 2007. There is no distributor, no professional representation. In March of 2010, there was only one copy for sale on the internet, from a store in Cranbrook. There was no listing on AbeBooks.com. You could almost not buy it. The author was living in Penticton.