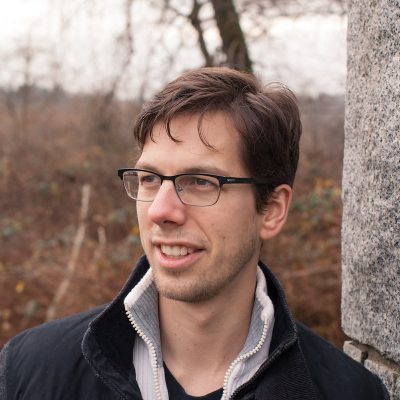 
Svend Robinson is still remembered as a hot-tempered, articulate and crusading NDP politician who became Canada's first openly gay Member of Parliament. That's only part of a larger story.

Few know about his alcoholic, violent father, his budding altruism as a miner in Northern Ontario (when he taught co-workers how to read in the evenings), or his short-lived marriage to a woman he met at UBC (where he became one of the first two students on the university's board of governors).

The details are in Graeme Truelove's fulsome biography, Svend Robinson: A Life in Politics (New Star $24). Raised in Delta, B.C., Truelove was an intern in Svend Robinson's Ottawa office from 2002 to 2004, so he caught the tail-end of one of the most fascinating careers in Canadian federal politics.

In 2019, Truelove published his second title, Un-Canadian: Islamophobia in the True North (Nightwood Editions $21.95). It was shortlisted for the Ottawa Book Awards in the English Non-Fiction category.

Many people can vaguely recall that Svend Robinson, after he survived a near-fatal hiking accident on Galiano Island, inexplicably ruined his political career by shoplifting a diamond ring; few know he was later diagnosed as bipolar. Robinson has since found permanent work in Switzerland with the Global Fund to Fight AIDS, Tuberculosis and Malaria, while still living with his Cuban-born partner Max who he met in 1994.

The record shows that during his twenty-five years of public service Robinson achieved a helluva lot than most politicians, most memorably assisting ALS sufferer Sue Rodriguez to die with dignity-avoiding the slammer in the process-thereby giving rise to widespread public demand for Right to Die legislation in Canada. Robinson was daringly open in his overt role to assist Rodriguez to die with dignity. Since then the BC Civil Liberties Association has led the ongoing fight for the right of incurably ill Canadians to make private decisions about their end of life wishes. While much of the context around physician assisted dying has changed, the incredible suffering faced by so many incurably ill Canadians has not. The BCCLA remains committed to making dying with dignity a right for all seriously and incurably ill Canadians. Following BCCLA's historic win in the BC Supreme Court in 2012, the organization is now taking the fight all the way to the Supreme Court of Canada. Svend Robinson was the first Canadian politician to take a high profile and active role to help launch this initiative.

Robinson was also front page news for befriending the Haida (who adopted him as White Swan), for blocking loggers from clear-cutting Clayoquot Sound, for being assaulted by police while protesting at the 2001 Summit of the Americas and for defending human rights in foreign countries--but Truelove's bio reveals a more complex personality than someone who was a cute, attention-grabbing, troublemaker in a suit, thriving on conflict.

In his book, Svend Robinson: A Life in Politics (New Star $24) Graeme Truelove documents how Robinson was an essential influence in the drafting of Canada's Charter of Rights. "He, perhaps more than any other opposition MP, has been the architect of the Charter or Rights," wrote Michael Valpy in the Vancouver Sun. "No MP worked harder or more effectively to improve the constitutional proposals."

Robinson's efforts helped to guarantee the right to trial by jury was enshrined, as well as the affirmation of aboriginal rights and the entrenchment of equal rights for the sexes and the disabled. Ultimately his fight for freedom of sexual orientation in the Charter in 1981 was vindicated by the Supreme Court ruling in 1995 that discrimination on the basis of sexual orientation was prohibited.

The crusty, Newfie, Conservative Cabinet Minister John Crosbie once ridiculed Robinson as "a bleeding heart with a mouth," and frequently Robinson infuriated even his NDP colleagues. "The word 'team' is not in Svend's vocabulary," said MP Nelson Riis. But the passage of several decades has proven Robinson was prescient and morally correct in most of his stances.

How many Canadian MPs had the balls to go to Chile after Allende's overthrow by the CIA and publicly declare, "The only terrorism in Chile is state terrorism, and Pinochet is the greatest terrorist of them all?"

How many had the guts to accompany Henry Morgentaler to the Supreme Court in 1988 to successfully appeal his conviction for performing illegal abortions, thereby gaining Canadian women the right to choose?

How many fought successfully to improve prison conditions? How dared admonish a president of the United States in public for CIA complicity in Central America, "Nonsense, absolute nonsense... Stop funding the Contras, Reagan!"

Truelove has previously worked for Frontier College as a literacy teacher. It is much to Truelove's credit that he has managed to tell Robinson's full story without undue bias, serving history more than hagiography.

There are many fascinating tidbits. When Robinson brought forward a bill to include sexual orientation in the Human Rights Act in 1985, Truelove reveals why Robinson found an unexpected ally in Prime Minister Mulroney. Brian Mulroney made a passionate speech to his caucus-letting everyone know his younger brother, Gary, an unmarried home decorator, was gay.

Not long after that, Robinson got a birthday present on March 4, 1986 when Justice Minister John Crosbie ordered his department to release the official government response to the "Equality for All" sub-committee report of October, 1985.

According to Truelove's biography, Svend Robinson can still cite that Crosbie response verbatim.

He not only made history; he helped write it.

Review of the author's work by BC Studies:
Svend Robinson: A Life in Politics