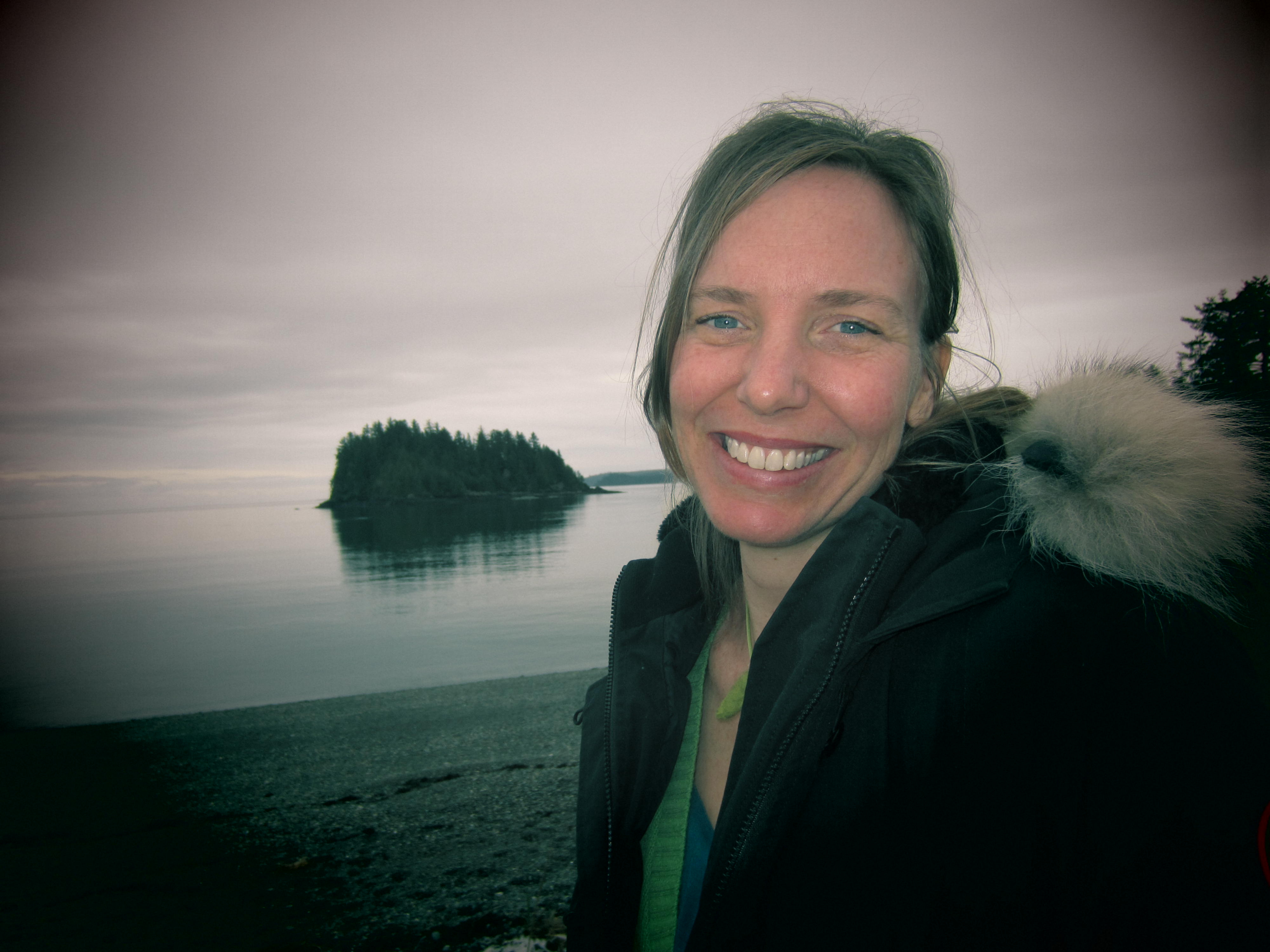 
Publicity materials for Taan's Moons (McKellar & Martin, 2014) tell us "There's a moon in the sky. It looks like a drum, which guides the earth where Taan is from. So begins a year in the life of Taan, which means 'bear' in the Haida Language."; Alison Gear's picture book follows Taan as she experiences the Haida Moon cycle and its associated seasons. Kiki van der Heiden's felted artwork, created with the children of Haida Gwaii, illustrates the story. Gear and van der Heiden worked with the community of Haida Gwaii to create this book, and "the title of each moon cycle has been translated into both Skidegate and Old Massett Haida, honouring language and wisdom.";

Kiki van der Heiden is a visual and fibre artist, and creates pieces that reflect the ever-changing environment of the islands, and of herself. Van der Heiden was born in the Netherlands but moved to Haida Gwaii in 2001.