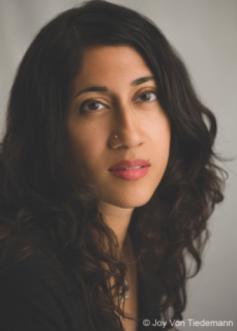 
Inspired by her family's history, Padma Viswanathan's second novel The Ever After of Ashwin Rao (Random House 2014) was shortlisted for the Giller Prize in 2014. It is set almost twenty years after bombing of the Air India flight from Vancouver that killed 329 people off the coast of Ireland. As the long trial of two terrorist suspects is underway, Ashwin Rao, an Indian psychologist trained in Canada, returns to interview people who-like himself-lost loved ones on the plane. His "study of comparative grief" unexpectedly leads him into a deep association with one family in particular.

Viswanathan told the Globe & Mail, "My initial impulse was actually to write about a man, Seth, a physics professor in a small western Canadian town I called Lohikarma, an invented town based on Nelson, B.C. where I was born. He's a devotee of a very popular Indian guru and I knew he would suffer a crisis of faith.

Born in Nelson, B.C., Padma Viswanathan is a fiction writer, playwright and journalist from Edmonton, Alberta, raised in St. Albert, Alberta, who was living in Arkansas, at age 46, when she received her Giller nomination.

Her debut novel, The Toss of a Lemon, was shortlisted for the Amazon.ca First Novel Award, the Commonwealth Writer's Prize Best First Book Award (Canada and the Caribbean) and the PEN USA Fiction Award, and published to international acclaim. Her work has received many awards, including fellowships from the National Endowment for the Arts and support from the Canada Council, as well as residencies at the MacDowell Colony, the Banff Centre and the Sacatar Foundation.

The Toss of a Lemon