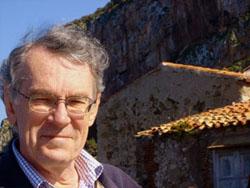 
Does the occupant of a West End high-rise have more or less privacy than someone who lives in a prairie farmhouse? Do small families living in big houses have less bonding between generations than our ancestors? With an eye to privacy, UBC historian Peter Ward has traced the evolution of each Canadian room over three centuries in A History of Domestic Space (UBC 1999). His book White Canada Forever: Popular Attitudes and Public Policy Towards Orientals in British Columbia (MQU 1990) received a 1990 Certificate of Merit from the Social Science Federation of Canada as one of the top twenty best books written in English in the Social Sciences during the preceding half century.

He received his Ph.D from Queens University in 1972 and is professor emeritus of history at UBC.

Review of the author's work by BC Studies:
British Columbia: Historical Readings
A History of Domestic Space: Privacy and the Canadian Home