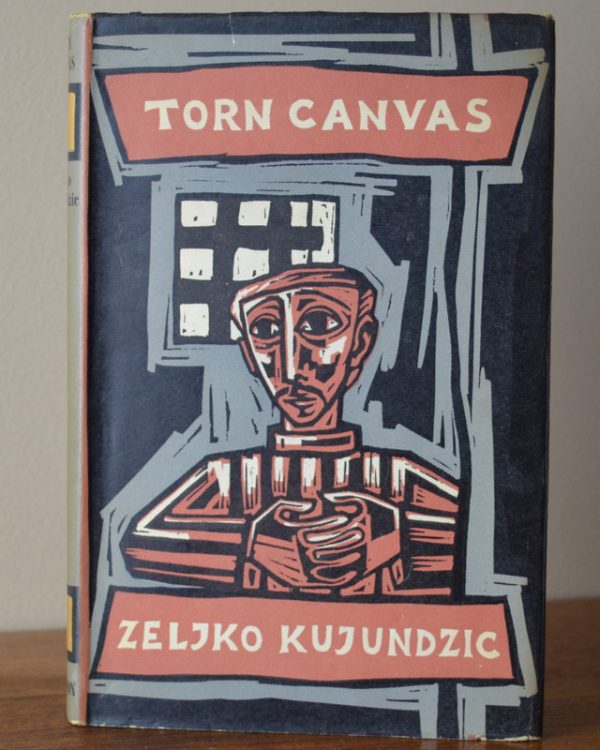 "I have lived under the White and Red terror, and I know that there is nothing at all to choose between them." -- Zeljko Kujundzic

Born in Subotica, Yugoslavia, on October 23, 1920, Zeljko Kujundzic published an autobiography, Torn Canvas, in 1957, in which he recalls his experiences in WWII, including escapes from both the Nazis and the Russians.

As young man, Kujundzic had resisted his father's advice to become a banker and instead traveled under a scholarship from the Hungarian Ministry of Education to study Folk Art in Transylvania. During WWII he was captured and held in prison twice, first by them Nazis and then by the Russians. The first time was forced to work in a Nazi slave battalion on the Russian front until 1944. The second he was bound for slave labour in Siberia until he made an underwater escape and trekked a thousand miles through Ukraine and Romania to reach post-war Yugoslavia.

Kujundzic briefly joined Tito's partisan until he was horrified by mass executions and limited freedom in post-war Yugoslavia. Kujundzic returned to his art studies in Budapest and received a Master's of Fine Arts degree from the Institute of Fine Arts in Budapest. Disenchanted with socialism under Tito, he fled across the border of Hungary in 1946 to a Displaced Persons Camp in Austria. He was then able to emigrate to Scotland where painted for ten years and married Ann Johnson in 1948. They had six children; five survived into adulthood. He wrote a manifesto Art in the Modern World which was published in 1956. 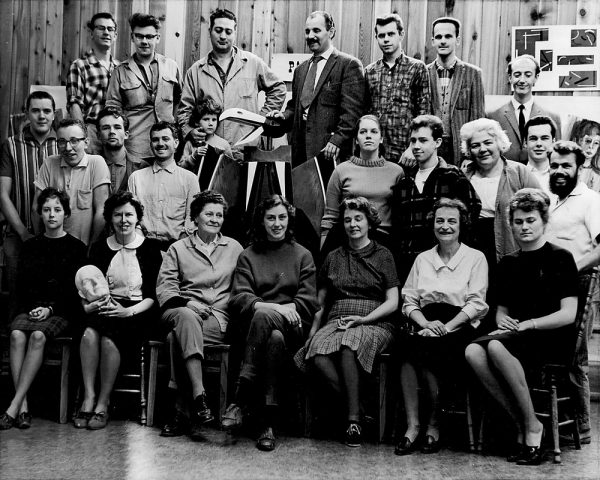 The family immigrated to Canada and settled in Cranbrook, B.C. in 1958. In 1959, they moved to Nelson, B.C. where he worked as an art instructor at L.V. Rogers High School. He became the first Principal of the Kootenay School of Art in 1960, remaining that position until 1964. In Canada, as a fifth generation craftsman of Turkish descent, he further developed his work in sculpture, clay, painting, printmaking, metal, stained glass & weaving. He was interested in First Nations culture and he painted in Indigenous settings, believing Indigenous artistic expression had an affinity to his own Byzantine roots. His explorations in this area were encouraged by a Koerner Foundation grant from the Anthropology Department of the University of British Columbia.

In 1964, Kujundzic converted a church and established the Art Centre in Kelowna, B.C. near the juncture of Richter Street and Bernard Avenue. He also had formative role in the creation of the Okanagan Summer Arts Festival, and he formed the Contemporary Okanagan Artists group with Weldon Munden, Des Loan, Leroy Jensen, Frank Poll and writer George Ryga.

In 1968, Kujundzic separated from his wife Ann and accepted a position in the United States where he served as the head of the new Arts Department at Pennsylvania State University’s Fayette Campus. In 1971 he was elected a full member of the International Academy of Ceramics in Switzerland, enabling him to travel in the U.S. and Europe to show his work. Also an inventor, he experimented for twenty years to ultimately build a working solar kiln in 1976. Divorced in 1982, he married his second wife, Elizabeth Campbell, an artist. Retiring from Penn State in 1982, he returned to the Okanagan Valley where he taught workshops and maintained studios in Entiat, Washington State and in Osoyoos, B.C.

Zeljko Kujundzic died of Alzheimer's disease at age 82 in Osoyoos in 2003. He was survived by his wife Elizabeth, his first wife Ann, his children Laszlo, Kate, Claire, Judy, Andrew and Natanis, and grandchildren Willow, Shane, Joshua, Chelan, Narisse & Jadzia, and great grandson Dante. His daughter Claire Kujundzic is also a B.C. author.

Zeljko Kujundzic's art has been exhibited in public and private collections around the world including Italy’s Palazzo Medici-Ricardi, the Smithsonian in Washington D.C., Edinburgh University, Pennsylvania State University, National Sculpture Collection, Toronto, and Kyoto National Museum in Japan. In Vancouver, he was commissioned to create the Thunderbird sculptures at UBC’s Thunderbird Stadium. His work The Gate of Life is a 135-ton sandstone archway at the Jewish Community Centre in Uniontown, Pennsylvania dedicated to remembering those who died in the Holocaust. It was also used as a memorial gathering place for grieving after synagogue shootings killed eleven people in Pittsburgh in 2018.

PHOTO BELOW: Mourners gather at Zeljko Kujunjdzic's Gate of Life Holocaust memorial in Uniontown after a mass shooting.

Memorial gathered at Gate of Life, 2018 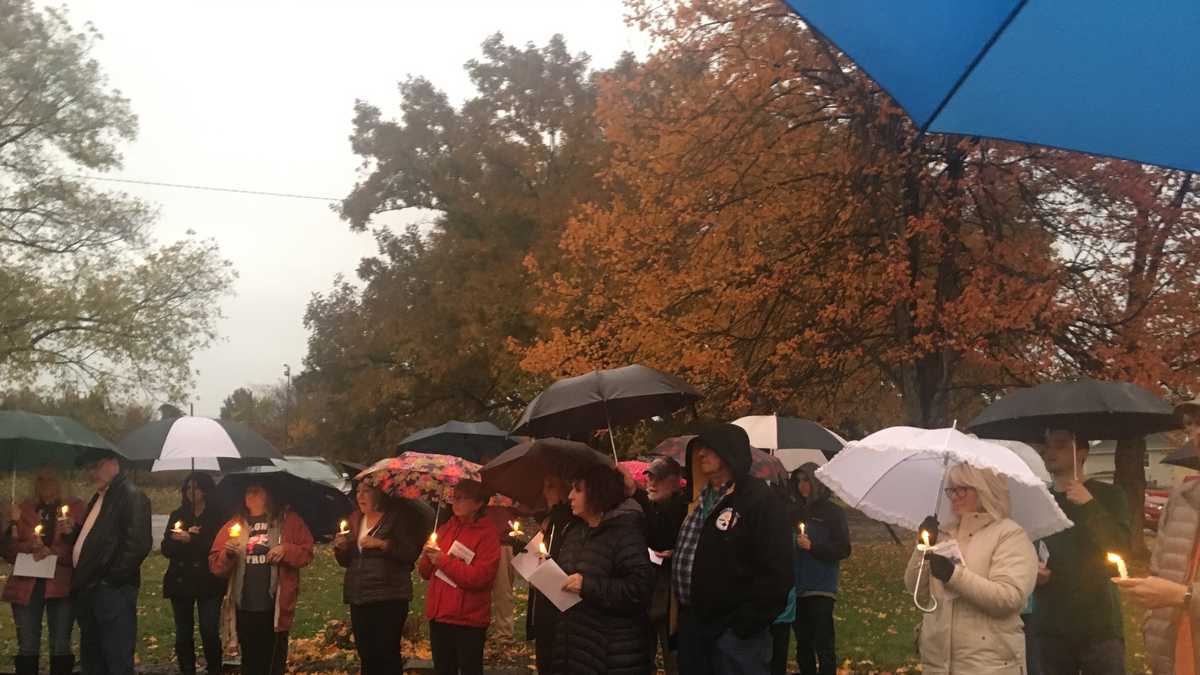 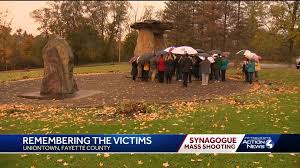