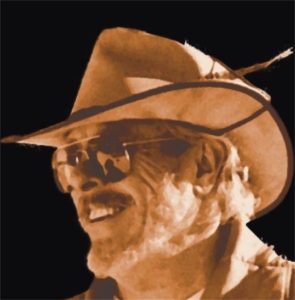 
Using the pen name Victoria Gordon, novelist Gordon Aalborg has published more than 20 romance titles since 1980. "Early in my career," he says, "I officially did not exist, except by pseudonym."

Aalborg is a sculptor in wood and founding president of the Tasmanian Gundog Trial Association, having introduced that sport to Tasmania. An avid outdoorsman, he married American-born mystery novelist Denise Dietz at a writers conference in Vancouver. They live in Sidney, B.C. arriving from Australia in 2000.

Born in Edmonton on February 5, 1942, Gordon Aalborg has also been a journalist, photographer and columnist for the Edmonton Journal (1962-73) and a freelance print, radio and television journalist in Australia (1973-2000).

Written under Aalborg's real name, Cat Tracks is an adventure novel set near Canberra, Australia. It's the story of a feral cat, as seen through the cat's eyes and through those of an old bushman. Feline struggle for survival and interplay with humans constitute an ongoing drama.

G.K. (Gordon) Aalborg has won the 2019 Western Writers of America?s Spur Award for Best Western Historical Fiction with his novel River of Porcupines. Spur Awards have been presented since 1953. Winners have included Larry McMurtry for Lonesome Dove, Michael Blake for Dances With Wolves, Glendon Swarthout for The Shootist and Tony Hillerman for Skinwalker. Aalborg's winning novel describes the Rocky Mountain fur trade of the early 1800s and the rivalry between the powerful Hudson?s Bay Company and the North-West Company, complicated by the arrival of Ilona Baptiste, a lovely and much-desired Metis maiden who could become the catalyst for a bloody trade war between the companies. Fur trade employee Garth Cameron is given the task of taking her to safety downstream from Rocky Mountain House, but she is shot, seemingly by an enemy Cree, and rescued by a brutal Hudson Bay Company boss Louis Savard, who wants to keep her for himself. Accused of abandoning her, Cameron must rescue her as well as his good name. River of Porcupines is published in hard cover and eBook by Five Star Publishing, an imprint of Gale-Cengage Learning, or available via Amazon.