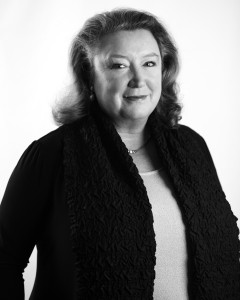 
Chinese sleuth Charlie Chan first appeared in Earl Derr Biggers's The House Without a Key back in 1925. African American crime solvers first appeared in Rudolph Fisher's The Conjure-Man Dies: A Mystery Tale of Dark Harlem in 1932. So, by now, any member of society is acceptable to readers as a detective.

Cathy Ace's detective Cait Morgan is a Welsh-Canadian gourmand who investigates her first murder arising from a dinner party in the south of France. The Corpse with the Silver Tongue (Touchwood, 2012) is in the classic Agatha Christie mode: all the guests are suspects and an ancient gold collar, alleged to carry a curse, has disappeared. This debut novel was hyped as "a Nicoise salad of death, secrets and lies."

Also a criminologist and professor, foodie Cait Morgan can't resist unravelling a murder in the second installment of Ace's whodunnit series, The Corpse and the Golden Nose (Touchwood 2013), in which a world-famous vintner is murdered. A murder in Mexico puts a vacationing Cait Morgan and her lover under great pressure to find the killer in The Corpse with the Emerald Thumb (Touchwood 2014).

For the fourth installment of Ace's Cait Morgan mystery series, The Corpse with the Platinum Hair (TouchWood Editions 2014), Cait Morgan has planned a memorable Las Vegas birthday for her significant other, Bud Anderson, but she doesn't foresee she'll be once again be dining with murder. It appears Lady Luck is with her when she secures a dinner invitation to the ritzy private dining room at the Tsar! Casino, but the food turns bad when casino owner Miss Shirley, "Queen of the Vegas Strip,"; is murdered. When security seals the room, Cait and her friend Bud are locked in with a corpse, twelve possible suspects, and a dangerous killer. With the dining room in security lock down, bodies pile up as the odds of being the next victim rise.

Cathy Ace was named the winner of the 2015 Bony Blithe Award for Light Fiction at the Bloody Words gala in Toronto in May of 2015. The award was created by the board of directors of the Bloody Words Conference-Canada's oldest and largest gathering of mystery readers and authors-to shine a spotlight on light mysteries. It is awarded annually to a traditional mystery with little violence or gore.

The Corpse with the Sapphire Eyes (Touchwood 2015), Ace's fifth in the Cait Morgan Mystery series, finds the sleuth solving a murder that happens on her wedding weekend with Bud.

Cathy Ace of Maple Ridge was born and raised in South Wales. After graduation, she moved to London and began a career in marketing communications, which took her across Europe. Relocating to British Columbia, she has taught in the MBA program at the University of British Columbia and at Simon Fraser University. Cathy Ace was elected head of the Crime Writers of Canada for a two-year term in 2016.