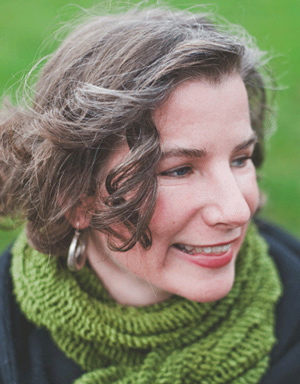 
Maleea Acker lives in Saanich, BC, where she caused consternation to some of her neighbours by transforming her yard into a small Garry Oak meadow. According to her publisher:

"Accustomed to the dark, dripping stands of Douglas-fir, spruce and hemlock that blanketed the Hudson's Bay Company outposts on the remote western coast of the "new World", the first Europeans were surely startled to see the wide-open landscapes of the Garry oak meadows they encountered on Southern Vancouver Island --- landscapes that might have reminded any explorers who had ventured into the African savannahs of what they had seen there.

"Though slow in comprehending what they had stumbled upon, the Europeans immediately recognized the deep, rich deposits of black soil that extended many feet below the surface, and James Douglas chose the site as the ideal location for the HBC's new fort, and settlement.

"What the newcomers failed to appreciate is that these meadows were not the work of nature alone, but of the Coast Salish peoples who had been living in these parts for millennia. With the establishment of the fort of Victoria began an encroachment on these Garry oak meadows, built up over centuries if not millennia, a process that continues today.

"In Gardens Aflame, Victoria writer and environmentalist Maleea Acker tells us about this unique and vanishing ecosystem, and the people who have made it their life's work to save the Garry oak and the environment --- including the human environment --- it depends on.

"Acker tells us about the Garry oak species and its unique habits and requirements, including its unusual summer dormancy period, when all the surrounding plants are coursing with life. We learn something about the scientists, arborists, and Garry oak-loving volunteers who have dedicated themselves to this tree; and about Theophrastus, Humboldt, and their other forebears who are still reshaping our notions of nature and humans' place in it.

"And in the course of Acker's story, we see her fall under the spell of the strange beauty woven by these magnificent trees, and the ecosystems they tower over --- until, in the final act, she decides to turn her own backyard into her own version of a Garry oak savannah, defying City Hall and the neighbours, and bringing to a head in 2011 all the issues raised 150 years ago when Europeans first saw the open meadows of Southern Vancouver Island."

Acker has worked in a variety of cultural, political and environmental areas, writing and designing for social and arts organizations and teaching poetry at Camosun College. Her non-fiction and poetry has appeared in various journals and magazines in Canada and Mexico. She holds an MFA in Poetry from the University of Victoria.

Acker is a member of the Society of Environmental Journalists and has received awards and fellowships for her writing from granting agencies and arts residencies in Canada, the USA, Mexico and Spain. Garden Aflame is Maleea Acker's first non-fiction book.


A member of the Society of Environmental Journalists, Maleea Acker defied City Hall and her neighbours by transforming her Saanich backyard into a Garry oak savannah, as recalled in her memoir, Gardens Aflame: Garry Oak Meadows of BC's South Coast (New Star $19). The magnificent trees once flourished on southern Vancouver Island when the first Hudson's Bay employees arrived; Acker has tried to regenerate the vanished ecosystem of the Garry oaks which she claims were partially fostered by the Coast Salish people, not only engendered by nature.
9781554200658