Consistently outspoken, Indigenous socialist Howard Adams--a self-described "halfbreed"--gravitated to the West Coast where he became one of Canada's most provocative intellectuals.

As a great-grandson of Maxime Lepine, a leading guerrilla warrior on the Riel Council during the Rebellion of 1885, Adams was born into a Métis family in St. Louis, Saskatchewan on September 8, 1921. Adams recalled, "In school I was taught that we were retarded. I believed that I was dumb, in comparison to white students; and that I was low class, crude and dirty.... As a child in the ghetto, I knew my shame by looking 'Indian', by living in a log shack, by eating bannock and lard. Hostility and violence emerged with self-hatred. The fact that I could not play on the village baseball team or hockey team because I was not white stung me deeply.... I was ragged, uncouth and I stunk. I did not belong to the level of the 'nice, proper, elegant' middle class. There were reasons, I told myself, why I should be treated differently. I lived in a low class colony. I did not speak the 'Standard English.'"

After completing his elementary and high school education in St. Louis, Adams served two-and-a-half years in the RCMP, worked for the Vancouver School Board as a probation officer, then gained his teaching credentials from the University of British Columbia. He taught school in Coquitlam, B.C. for six years. Adams eventually received his BA from UBC and his PhD in Educational History in 1965 from Berkeley. As a professor at the University of Saskatchewan from 1965 to 1974, he was a self-described Red Power advocate who doubled as President of the Saskatchewan Métis Association from 1968 to 1970. Howard Adams subsequently taught Native American Studies at the University of California from 1975 until his retirement in 1988, after which he lived primarily in Vancouver.

Adams increasingly mistrusted and disdained a "collaborator class" of Métis, Inuit and Indigenous leaders. He recognized decades of "corruption, fraud and thieving by mafia Aboriginal organizations that pretend to represent Indian and Métis people." His uncensored rhetoric made him vulnerable to dismissal as a Red Power advocate as well as a threat to establishment figures within the Indigenous community because he could think and write "outside of the box."

Author of Prison of Grass: Canada from the Native Point of View (1975) and the earlier The Education of Canadians (1968), Adams also wrote A Tortured People: The Politics of Colonization (1995) in which he looked with uncompromising anger at Canadian history through the prism of colonialism. He argued that Eurocentrism, as an instrument of camouflage and exploitation, was still very much alive. He believed the newly fashionable term First Nations was racist in tone, derivative of an imperial vocabulary that served to thwart the unification of Indigenous communities.

As an historian who specialized in the development of intellectual thought in Indigenous society, Adams was critical of the emphasis on traditional storytelling at the expense of rationalist dialogue and academic standards. "I am deeply concerned," he said, "by the incredible lack of authentic Aboriginal historical writing."

Adams' widow Marge handed over an assortment of private papers, including an autobiographical text about his first 30 years, to Hartmut Lutz, Chair of North American Studies at the University of Greifswalk in Germany. Lutz collaborated with Métis educators, notably Murray Hamilton, Program Coordinator for the Gabriel Dumont Teacher Education Program at the University of Saskatchewan, and Murray Hamilton, a graduate of the program, to compile and edit the book, Howard Adams, Otapawy! The Life of a Métis Leader in His Own Words and in Those of His Contemporaries (The Gabriel Dumont Institute, 2006). The second part of the book contains some recollections of Adams, including the text of a speech that Marge Adams had prepared for her husband's memorial service but was unable to deliver.

The caption for the cover photograph of Otapawy! showing Adams delivering a speech at the Saskatoon Indian and Eskimo Conference of 1967 is: "We do not ask. We do not resolve. We demand!" 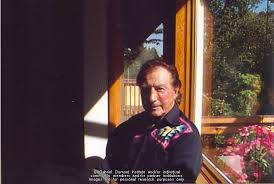 Adams, Howard. The Education of Canadians (Montreal: Harvest House, 1968)
Adams, Howard. Prison of Grass: Canada from the Native Point of View (Toronto: New Press, 1975)
Adams, Howard. A History of the Métis of the Northwest (Saskatoon, Modern Press, 1977)
Adams Howard. A Tortured People: The Politics of Colonization (Penticton: Theytus, 1995)
Howard Adams, Otapawy! The Life of a Métis Leader in His Own Words and in Those of His Contemporaries (The Gabriel Dumont Institute, 2006). Edited by Hartmut Lutz, Murray Hamilton and Murray Hamilton. 0-920915-74-4 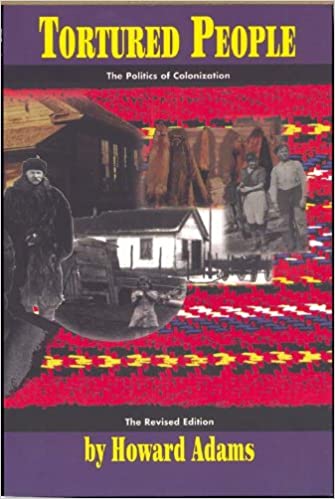 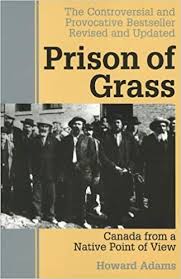 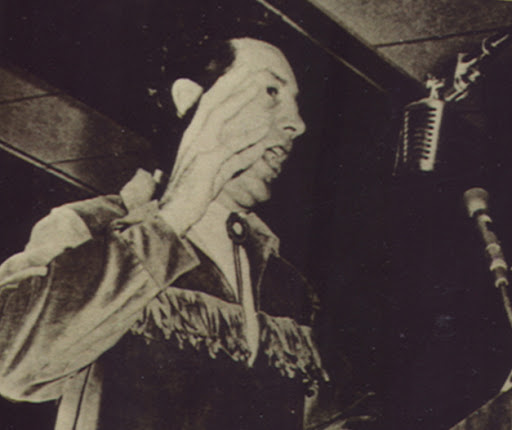