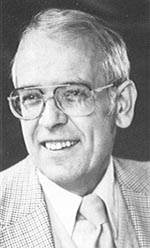 
Born in 1927, Manuel Alvarez was a wounded 11-year-old Spanish boy when a volunteer Canadian soldier saved his life during the Spanish Civil War. Alvarez describes his four-decade quest to find and thank his unidentified saviour in The Tall Soldier (Toronto: Virgo Press, 1980; New Star, 1983)). Forced to flee Spain because of his Republican background, Alvarez spent seven years without a country, as described in his sequel, Seven Years at Sea (New Star, 1983). He immigrated to Canada in 1958, and moved from Montreal to Vancouver in 1962. He became a Canadian citizen in 1963. He and his wife adopted a daughter and for many years he operated a small auto repair business.